Columns
The Voice
The Good Life – The Meaning of Success

What does success mean to you? For me, it has always been a moving target. When I was a young girl, a successful day involved the arrival of the ice cream truck at the playground in town. Later on, it meant getting A’s in math class, making the cut for the basketball team, and being invited to the right parties. During a particularly unevolved part of my life, being successful meant earning a certain amount of money, getting a promotion, and buying a house and a new car. Those were the things that, if I could only get my hands on them, would make me feel successful and complete. This was an illusion that I hung onto right up until the time that I had them all. Then I realized that the formula for success must have somehow slipped through my grasp. Or was there something wrong with me?

Now, being successful means having my family around me. It means having friends I can laugh and cry with. It means enjoying good food, listening to good music, volunteering, feeling wanted and necessary in the variety of personal and public roles that I play. Above all — and this is something that a child had to teach me — it means living in the moment, appreciating the beauty that is around me right now, instead of picking away at the scabs of the past, or fretting about the mysteries of the future. One way of doing this is to attempt to consciously open my mind and senses to each experience, whether it’s feeling of sunlight on my face, the sound of a wasp droning, or the taste of strawberries and cream on a hot summer day.

Every once in awhile, I come across a definition of success that my sister Jodi wrote on the back of a postcard she sent me from San Francisco. It’s a quote from Ralph Waldo Emerson, and it read as follows:

“To laugh often and much; to win the respect of intelligent people and affection of children; to earn the appreciation of honest critics and endure the betrayal of false friends; to appreciate beauty, to find the best in others; to leave the world a bit better, whether by a healthy child, or a garden patch or a redeemed social condition; to know even one life has breathed easier because you have lived. This is to have succeeded.”

I can’t imagine that there is a more accurate definition to be found in any dictionary or encyclopaedia on Earth. 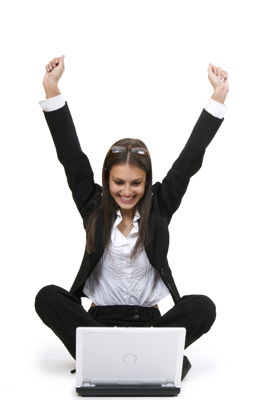