I have two book reviews to share today. Both books happen to be written by Canadians, interestingly enough.

I am a self-described word-nerd. I love words and language. My number one favourite hobby is reading. I’m functionally fluent in three languages and have picked up a few words in at least seven others. I made serious efforts at learning Esperanto and Klingon. I love words!

That’s why, when I saw Spoken Here: Travels Among Threatened Languages by Mark Abley (2003) in the virtual bargain bin of the online bookstore (http://www.chapters.indigo.ca), I had to buy it. Abley is a man after my own heart. I wish I’d known about this book back when I would have paid full price for it. He deserves the royalties.

Spoken Here is a book that discusses threatened and endangered languages worldwide. Abley has traveled to Australia, South America, Europe, Asia and parts of North America to find languages in danger of disappearance. He discusses some well-known languages such as Yiddish, Manx, Welsh, and Provençal. He also discusses some lesser-known ones such as Yuchi (or Euchee), Mati Ke, Boro, and Kanien’kehá. His main point is how much the world will lose if languages disappear. The author compares the loss of little-spoken languages to the loss of biodiversity. He believes each language has its own way of looking at the world, its own way of expressing human thought and human desire, the same way that each life form has of expressing its genetic potential. If hundreds of perspectives are inexpressible, Abley feels that we will lose something irreplaceable.

Abley has a delight in cultural and linguistic diversity that is palpable throughout the book. His delight is infectious. How could you not love a language that has separate verbs for “to express anger by a sidelong glance,” “to create a pinching sensation in the armpit,” “to love for the last time,” and “to fall in a well unknowingly”? How could you not be fascinated by a culture that does not permit a brother and sister to speak to one another after puberty? This cultural feature means that the last two speakers of Mati Ke will never talk to one another. They can’t. It’s taboo.

Abley’s lack of a linguistics background does not matter. He isn’t discussing language structure with a ton of linguistic jargon. He’s discussing words and people and he makes them shine. This book gives its readers an idea of what people must go through to try to revive a dying language. In some cases, there is no hope. In others, there is resounding success.

Spoken Here is a delightful book for anyone interested in human expression.

WHERE DO WE BELONG?

A novel that I enjoyed recently also discusses culture, but not the cultural past or cultural dying-out, but the future of belonging, and how we might define our cultures in the future. Eastern Standard Tribe by Cory Doctorow (2004) has a clear theme. In fact, it’s so clear that his main character, Art, tells you flat-out that the theme of the story is “Would you rather be smart or happy?” right up front on page 12. But it is the world of the very -near future that Doctorow describes that is the real star of the book.

The appeal of the novel is not only in the plot (of two spies having the protagonist incarcerated in a mental hospital because he might mess up their plan) being rather fun, but also in the whimsy and downright weirdness that are Art’s life. Most of us don’t feel normal. We define ourselves in the ways we differ from the norm. I am married with two kids and live in a house in the suburbs, but I’m not normal. I read too much, my husband and I play Dungeons and Dragons, he works a graveyard shift and gets Sunday and Monday nights off, and my kids go to a Francophone school. See? Those things are all abnormal. We’re different. Art has the same experience of not belonging and he shares it with all of us. If my life is abnormal, Art’s is completely nuts. Yet, it makes sense in the context given in Doctorow’s world.

One warning, though, this book is not appropriate for children. There are adults in it, and they occasionally interact in an intimate way. Be warned, this book contains some mature content. Reader discretion is advised!

——
Got a suggestion for a book that should appear here? We’re glad to read ’em!
—— 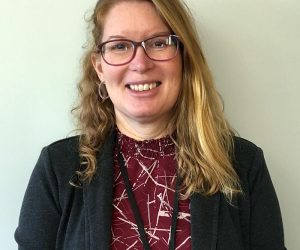