There is a lone figure sitting on a bench. From this distance it is impossible to tell whether the figure is a man or woman. He or she is dressed in tattered black rags or perhaps robes of crimson silk. The details are indistinct. The sun is beating down out of a clear blue afternoon sky. It is the dark of the moon, and satellites are passing across the sky. The figure on the bench is rocking back and forth in laughter or pain. The air is still. The trees are bending. When the howling wind momentarily stops blowing, I can hear that the woman on the bench is singing to herself.

Or else he is talking.

No, definitely singing. It is a hymn or a sea shanty, difficult to tell. Something about a devil standing on his coat tails. As the full moon slides out from behind a bank of clouds, I see that she is naked. She is shivering and curled into a tight ball. I think he is laughing. Crying. Laughing. The wind does a drunken dance through the prairie grasses, while somewhere a foghorn sounds. I think this man must be waiting for me. I have a vague idea that I’m late for our appointment. Perhaps she is an optometrist. Or my executioner. Guardian angel. Sister. Mother. Brother. Wife. Something makes me want to run to her, to throw myself at his feet, and confess everything. I want to tell her about the point of no return, the seven deadly sins, the twelve unforgivable lies, the sixty-three acts of vengeance and the one mistake that will never be forgotten.

Then the sun sinks behind the meat packing plant, and the world is plunged into sudden darkness. As the sodium lights flicker on, I realize that my eyes have tricked me. It may not be a person at all. It could be a statue of some saint, or a gargoyle fallen from the cathedral, or an abandoned fridge. It’s cold and dangerous at 3 a.m. in the inner city.

I pull my jacket tight about my throat. I light a cigarette and feel the death rattle in my throat. I’ve spent too long staring directly into the sun. I’ve ignored the curses. I’ve fallen asleep beneath the full moon at the place where the three roads meet. The demons have breathed their madness into my dreaming head. Something is closing in on me from behind. I move toward the indistinct shape ahead of me. The waves are foaming and tumbling about my ankles. The undertow is trying to drag me out to sea. The constellations are brilliant as diamonds in the desert sky, but the air is deadly cold. The fog is so thick that I can’t see more than a few inches in front of me. Out of breath and sweating from the blazing summer heat, I collapse on the bench. I will never find my way home. I feel a hand on my forehead. Somebody puts a glass of cold lemonade against my lips. A voice asks me why I’ve been gone so long. I have no answers to give, so I just sit and listen. I listen to the voice, deep and light. Lecturing like a grandmother, gurgling like a babe. I listen to the voice filled with gladness and sorrow, the voice that is like a lighted window. And somehow I know that when I open my eyes, I will find myself at home. I will be found. I will be lost. Found. Lost. Lost. Found? That much is certain. 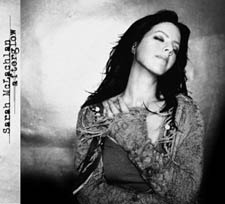