Columns
The Voice
Turning the Pages – An Anthropoligist on Mars

I’m back in non-fiction mode this week, possibly because I haven’t been working enough on my course work, and feel guilty. At least when I read non-fiction, I know I’m getting my mental exercise.

I read An Anthropologist on Mars, by world-renowned neurologist Dr. Oliver Sacks. This collection of case studies and personal anecdotes has been out for a long time, but if you haven’t read it yet, you really ought to pick it up.

Dr. Sacks believes in getting to know the whole person who is referred to him. He visits his patients, spends a lot of time with them, observes them in their own environments. Most of all, he wants to understand not only the problem that got them the referral, but also what effect or effects that problem has had on other parts of their lives.

For example, in the first case study of a man who suddenly became colourblind after an accident, Dr. Sacks explores not only the physical causes of the man’s colourblindness, but also the depth of loss that the patient felt–which was, conceivably, more than most people would, considering that he was a professional artist who mostly worked in oils. Pigments were essential to his creative self, and, in his concept of himself, which was deeply tarnished by his sudden loss.

There are seven stories in this volume, all of which are different, but all written with care and deliberation, by a greatly intelligent, kind, perceptive man who obviously genuinely cares about the people he sees. He speaks of different kinds of people–an artist, a surgeon, a “dropout” from the 60s, a blind masseur, and of many different neurological problems, as well. This is a very readable primer in some (fairly) common neurological problems, but primarily, it is about treating the whole person.

While treating the whole person is not a new idea, and it sounds a bit warm-and-fuzzy for a serious science book, this collection of narratives really helps the reader understand the problem with a conventional hands-off medical head space. If Dr. Sacks had behaved as a typical neurologist with his patients, he would not have been able to make them come alive on the page–and he would not have been able to treat them with the kindness and compassion that seems to be his trademark.

This book is an old favorite that I decided to re-read. It is between these pages that I first “met” Temple Grandin, who is well-known as a designer of slaughterhouses, because of her almost empathic connection with cattle. She understands them very well, knows what will scare them or confuse them, and thus works to make the experience as pleasant as possible for the animals–much kinder than nature. The fact that Grandin is autistic is interesting, and has shaped her whole life, but almost as much time is devoted to her profession as her condition. This book also contains the story of the man who was blinded as a toddler, but became sighted as an adult. One can read about how babies learn to see in a psychology textbook, but it is much more meaningful to hear about one man’s experience, and how he felt about it (bewildered, mostly).

There are some interesting adventures between the pages of the book, as well. Dr. Sacks scrubbed in on surgeries performed by a surgeon with Tourette’s”?and took a ride in a plane with the same surgeon at the stick. He took the “last hippie” to a Grateful Dead concert in New York. Life is not boring, I guess, when you’re a world famous doctor and author.

Dr. Sacks’ works include The Man Who Mistook His Wife for a Hat and Awakenings, along with several others. All are warm and human, and worth reading. Not only are they accessible and interesting as stories of exceptional people, but they also contain some curiosity-rousing science. 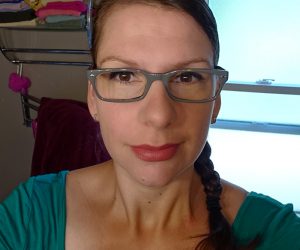