Features
The Voice
Why You Can Be Thankful For Student Debt

Put down your textbook, set aside that thesis, and hold on tight, because we’re going to turn your world upside down (Just for a few minutes, I promise). Using round numbers only, take a quick guess at how much you’ve spent on tuition in the past two years. Got a number? Good, because now comes the interesting part.

I want you think of paying that tuition as a privilege. Not a burden, but something you’re very lucky to be allowed to do. And while we’re at it, let’s throw in the stress of exams, the struggle of balancing work with course loads, and all those philosophy courses that make your brain hurt. Hard to imagine, isn’t it?

Now, let’s turn right side up again and take a closer look at this unusual notion.

“Everyone has the right to education.” So begins Article 26 of the Universal Declaration of Human Rights, a document published by the United Nations in 1948. The Article also decrees that, in the elementary stages, education will be both free and compulsory.

A noble premise indeed, but the truth is, if you attended a reasonably clean, reasonably competent school system as a child, you were one of the privileged ones. And as an adult attending Athabasca University (or any post-secondary institution), you’re luckier still.

Just for the record, this isn’t a discussion of the quality of our education system. We’re not talking about tuition fees versus government funding, or any of the other debates that swirl around the subject. This is about the guaranteed right to receive a basic education, and the freedom to pursue post-secondary studies to the best of our abilities.

In Canada, children are part of a lucky minority. Forty-five percent, to be exact. They have a legal right to go to school. Not only are they guaranteed that privilege, they’re expected to exercise it, with mandatory ages set for both entering and leaving the system. So where does that leave the rest of the children, the ones in over half the world’s countries? The 2005 EFA (Education For All) Global Monitoring Report gives us a clue.

Of 203 countries listed, 58 of them do not offer their children the right to a free basic education. Of the remainder that do, 52 ignore their own dictates and charge fees to attend school, a burden that’s often impossible for families to afford.

The realm of adult education is more complex still. The options (or lack thereof) in post-secondary studies are staggering and far too numerous to describe here. Knowledge takes many forms, but the ability to read and write can profoundly alter people’s lives, and that’s what makes the following so incredible.

The Arab States, Sub-Saharan Africa, and South and West Asia have a combined illiteracy rate of 40%. In South and West Asia alone, over half the women can neither read nor write, never mind fighting for the right to pursue an education. These individuals would be unable to read the textbooks even if they had them.

Now, as frustrating as an overdue essay might be, I can’t imagine trying to create a better life if I didn’t have the freedom to learn. To broaden my horizons, to understand and make decisions about the world, to work in the field of my choice; all these opportunities are mine because I have access to education.

Without it, so many doors would be closed, but George Bernard Shaw neatly summed up the other side of the coin. He probably wasn’t talking about education when he said, “liberty means responsibility,” yet the sentiment is apropos. With every advantage we enjoy (voting, a driver’s licence, clean air and water) comes an obligation, and the right to an education is no different.

For most of us, though, the tightrope of work, studies, and family is a balancing act extraordinaire. Restraints on money, time, and energy simply do not allow us to build schools, lobby governments, or even tutor at the local library. So how do we give back? How do we enjoy the privilege even as we recognize the responsibility?

It’s simple; by being aware. Do you have the legal right to an education? Who makes decisions about funding and access? Are any of your rights in danger of being eroded, or outright taken away?

Big questions, but you can begin to answer them with only a little time and effort.
“¢ Do a quick ‘education’ search on your country’s government website. Is there any major legislation in the works?
“¢ Find websites that report on education news; instead of ploughing through reams of articles, use RSS feeds to receive customized e-mails based on certain keywords.
“¢ Check out the Athabasca Newsroom and Students’ Union websites to find out about issues that directly affect your education.

But how, you may wonder, does this contribute to the bigger picture?

In essence, if we know what we have, we’re better able to safeguard and improve upon it. And by ensuring that we preserve the rights that already exist, we may also serve as a model to those still struggling to achieve the most basic access to education.

Like the song says, you don’t know what you’ve got ’til it’s gone. 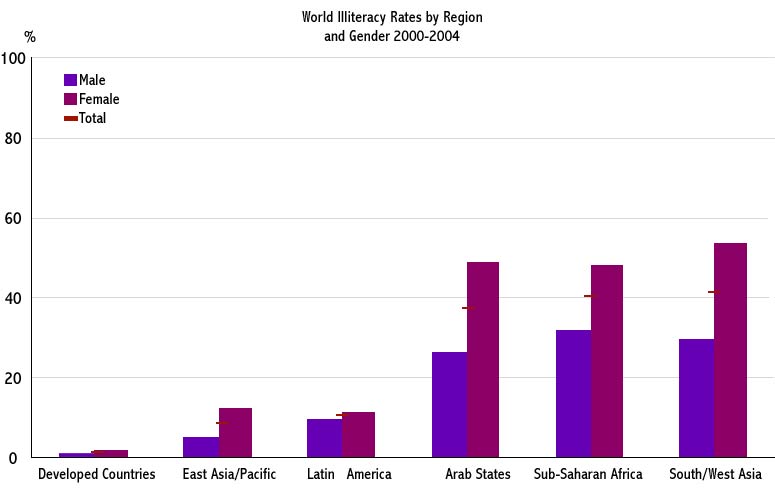 Why You Can Be Thankful For Student Debt