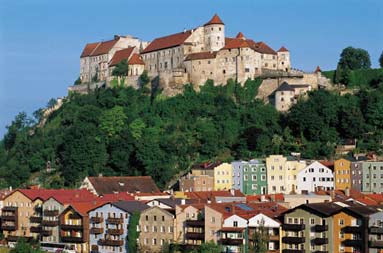 Not long ago, the prospect of living in Europe for any extended length of time would have been out of the question for me. I worked full-time with the same company for the last 20 years, and settled into a more-or-less routine life. In April, this all changed when my wife learned that the German Academic Exchange Service (Deutsche Akademische Austauche Dienst – or DAAD) would provide her with five months of funding so that she could undertake doctoral research in Germany. Angeles was going to Hamburg and Berlin and wanted me to go with her. Of course I wanted to go, but could I afford to? What exactly would I do with my time if I were to spend half a year there? After all, living somewhere for six months is not the same as being on a vacation. Furthermore, would my employer grant me a leave of absence? And as something of an afterthought, I wondered if would it be difficult to get a visitor’s visa for my extended stay in Germany.

Some of my concerns were taken care of with relative ease. As I had already started taking a German class through the University of Alberta’s Faculty of Extension, I decided that living in Germany would be a great opportunity to learn the language and immerse myself in the culture. Getting the time off from work, as it turned out, was the least of my problems.

German bureaucracy was another issue entirely. Fortunately for Angeles, her status with the DAAD meant that she should not have any problem getting a study visa. My case, of course, was different. I wasn’t going there to study. I wasn’t going there for reasons related to employment. As a Canadian, I had the option of remaining in Germany for up to three months without a visa, but I would need a visitor’s visa for my extended stay. From the German Consulate in Vancouver, I learned that I could apply for a visa, but it would be good for only three months, which is the same period of time that I could stay in Germany without a visa! Instead, the consulate recommend that I apply for a visa after arriving in Germany, and told me to take documentation including a police criminal check, a bank statement to show that I had money to support myself, proof of medical insurance, and a letter from my doctor stating that I had no infectious diseases. I dutifully collected all of the required papers and prepared for life in Germany.

Our journey took us from Edmonton, through Chicago and Stockholm, and finally to Hamburg. At Hamburg Airport, we hired one of the typical cream-coloured Mercedes-Benz taxis. Our driver, a man named Said (Say-eed), discussed Germany’s upcoming federal election as he drove. Meanwhile, Daniel Powter’s “Bad Day” played over the radio. Here we were in Germany listening to a Canadian singer on Hamburg’s “Energy 97: Hit music only!”

As Said drove, I wondered about our accommodations in Hamburg. The last time Angeles and I stayed in Germany, we had a small room over two bars in a Cologne hostel. At least one of the bars were blasting music all night long. We also had to share a bathroom, kitchen and laundry facilities that were in another house situated a twenty-minute walk away. Our home in Hamburg would be different, however. Said brought us to a student residence on a well-treed street. Hedges, chestnut, oak, and maple trees surrounded the red brick building. We soon learned that we had the good fortune to be located in “a very good neighbourhood.”

The manager of our building showed us to our apartment. We would have our own bathroom and kitchen. Wow! Laundry facilities were just down the hall, and nearby was a common room with a television. Our new place was, based on our earlier experiences, heaven! Angeles and I were both jet lagged from our long journey. Angeles napped, but I thought that I should get a few groceries before the stores closed for the day, and discovered a Penny Market store not far away.

Among my purchases was a brand of German toilet paper that just happened to have an English name, “Happy End.” It just seemed appropriate after our safe arrival in Hamburg. 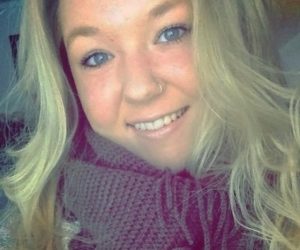