Articles
The Voice
There is No Joy in Mouseville 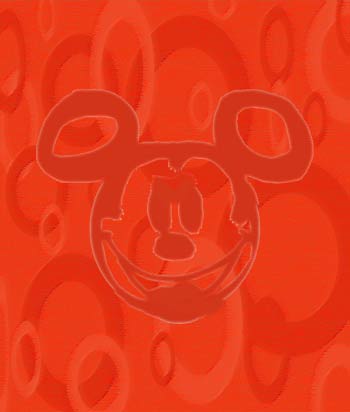 Poor Mickey. You’ve got to feel sorry for the guy, even a little. I know, I know. He’s rich, he’s famous, and, like certain supermodels, is recognized worldwide by his first name alone. But even a mouse has an ego, and last week’s UNESCO decision must surely have been a blow to his.

On October 20, a whopping 96% of member states approved a new Convention aimed at not only promoting, but also protecting, cultural diversity. Hooray, you shout. Good news. Especially if you believe, like UNESCO (2001), that “as a source of exchange, innovation and creativity, cultural diversity is as necessary for humankind as biodiversity is for nature.”

And it is good news. Absolutely. But as I raise a toast and shake the confetti from my hair, I have to wonder — who were the other 4%? Who were those dissenting voices calling from below the landslide of approval? And why didn’t they think this was a good idea? A quick look at the numbers tells an interesting tale. Four countries abstained (Australia, Nicaragua, Honduras, and Liberia). That leaves two who clearly landed on the “?nay’ side of the fence: Israel and the United States.

The loudest objections came from U.S. Ambassador Louise Oliver. In her comments to the 33rd General Conference, she reiterated her position that the Convention was “deeply flawed,” and that governments might use the text’s “ambiguities” to promote policies that would hurt minority cultures. Valid concerns, until you realize that one of the biggest bees in her bonnet is Article 20, the part of the Convention that outlines its relationship with other international agreements. It seems Louise is worried that, in theory, countries could “try to assert a right to erect trade barriers to goods or services that are deemed to be cultural expressions” (CBC Arts, October 20, 2005). Ouch! I think we just got down to brass tacks. Could it be that this is more about the money than the art? Is the real issue the protection of all societies’ unique contributions, or is it about the perceived threat to the spread of American culture?

The UNESCO Convention reaffirms the rights of Member States to take action “for the protection and promotion of the diversity of cultural expressions on their territory” (Ibid.). Basically, it lets them protect their unique gifts, things like art and music, especially if they “may be threatened by the possibility of extinction or serious impairment” (UNESCO, 2005). Sounds like a good thing. Especially for those minority cultures the U.S. Ambassador is so keen to protect, so why vote against such a policy? The clue might be in just who stands to lose in this deal. The U.S. film industry is a major one. In 2001, more than 80% of the UK film industry belonged to American movies. In Spain, they monopolized 67% of the market, and nearly 60% of offerings in Italian theatres were imports from Uncle Sam (International Networks Archive, 2001). A pretty lucrative market, and one that could see a slump in profits if countries have UNESCO’s support to insist on a minimum level of local content.

American television exports could also be in danger. Even though many countries are hooked on their own long-running soap operas, the popular U.S. show Law and Order is shown in over 70 countries. In fact, of all the fiction programs (both film and television) aired by European Union networks in 2000, over 68% originated in the United States. Along with imports of clothes, music, magazines, and food, it’s easy to see how American influence might be viewed as an overwhelming force that could threaten local culture.

Which brings us back to the Mouse. The Disney empire spans the globe, providing films, parks and resorts, consumer products, and media outlets. Three continents boast a total of 11 theme parks, including Tokyo, Paris, and now Hong Kong. Easy to see how those pesky trade barriers on cultural products could throw a wrench in the works.

But I say to Louise, relax. Accept the outcome gracefully. The American cultural juggernaut isn’t about to pull up stakes and abandon the fairgrounds overnight. We still love Mickey, and the Survivor franchise is going strong. Besides, there might be unexpected benefits. Your own culture might just become a little richer if the other guys’ lights are allowed to step out from behind your shadow and shine. After all, that painting of a soup can was interesting, but artistic genius was really off and running with those crazy Renaissance fellows (you know, da Vinci and his pals).

Still, I can’t help shedding a tear for the cheerful little guy with the tail. For today, there is no joy in Mouseville. Mighty Dubya has struck out.

From Where I Sit – If The Shoe Fits