Features
The Voice
Life in Germany: Part 3, September 11th, from the overseas perspective

The third instalment of John’s series about his experiences studying abroad in Germany with his wife. Watch The Voice for more instalments of this series over the coming months. For part one, see v13 i40 of The Voice, and for part two, see v13 i43. 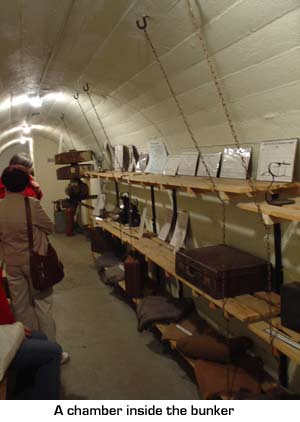 Since the events of September 11th, 2001, North Americans have become accustomed to commemorative events recalling the terrorist actions that led to thousands of deaths in the USA. In Hamburg, I experienced a very different kind of September 11th, a “Day of Open Memorials” that dwelt upon the themes of war and peace, and emphasized memorials associated with the Second World War.

A visit to one such memorial, a Bunker Museum in fact, forced me to think about the effects of war upon civilian populations. This exhibit examined not only Hamburg’s destruction in the last World War, but also the effects of Germany’s air war on British cities.

The bomb shelter is located in Hamm, a residential district that suffered massive damage during the Second World War. Although most of the original buildings were destroyed by aerial bombardment, the area has since been rebuilt. It is chilling to realize that air raid shelters here, like shelters throughout Hamburg and the rest of Germany, were built in insufficient numbers to shelter the population.

Visitors enter the Bunker Museum through a door above ground and descend five metres into the cool damp air under the earth. Within the bunker are cave-like chambers that are 17 metres long, two metres wide, and 2.25 metres high. The low, narrow, dimly lit space is reminiscent of a tomb. Incredibly, each cramped chamber was intended to hold 50 people, and when used during an air raid, was sealed by a heavy iron door. The complete shelter was designed to hold about 200 people. Although gas was never used against German civilians, the bunker chambers included an air lock to protect the occupants from poisonous gas.

German cities nevertheless were subjected to carpet-bombing. In the night of July 22/23, 1943 an Allied carpet-bombing of Hamburg, called “Operation Gomorrah” included 1,800 bomber planes. It was, as the name suggests, retribution on a Biblical scale. The mission coincided with a summer heat wave and produced a massive firestorm that wrought unprecedented destruction. Thousands of people who survived the actual bombing were subsequently burned to death or asphyxiated.

I had to contemplate the experiences of those who had actually used shelters similar to the one that I was standing in. What was it like to run for the safety of the bunker when the air-raid siren started to wail? How did one confront claustrophobia and the fear of poisonous gas? What was it like to feel the dull thuds from the thousands of bombs that fell on the city in a single bombing mission? And what would one find after emerging from the relative safety of the bunker? Would you discover that a bomb had destroyed your home, your street, or your entire neighbourhood? Would you find the bodies of people who did not or could not seek shelter? This district of Hamburg suffered massive damage, so the people who used this particular shelter must have had these kinds of experiences.

Nevertheless, the exhibit was very balanced as it also looked beyond the experiences of Germans, acknowledging the terror that Germans had unleashed upon British civilians. Pictures and first-hand reports on the walls of the bunker portrayed the experiences of people in London who had lived through “the Blitz.” There too, air raid shelters were inadequate and people were forced to seek protection in London’s subway system. There too, homes and lives were destroyed as bombs rained down upon the city. In the Bunker Museum, I witnessed many Germans who stopped to view this particular display, and appeared to be quite moved by what they saw and read. 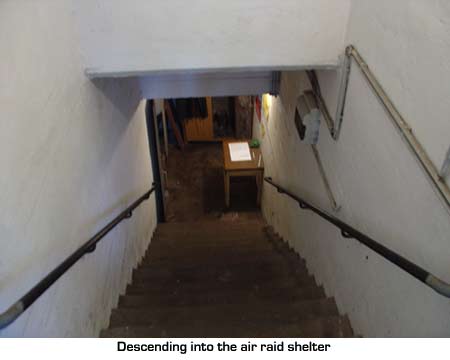