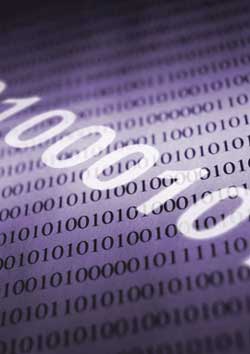 Stereotypes and the binary number system consist of similar principles. Both categorize elements by an “either/or” determination, thereby allowing for maximum efficiency. Yet, both are limited by that very same “either/or” quality. Problems can arise from such narrow limitations resulting in a mechanical and unwavering bias. However, the benefits provide balance with “either/or” limitations allowing for quick and efficient processing of large amounts of information. Without such efficiency, progress would be uncompromisingly slow. Just imagine how long your morning routine would take if you had to stop to analyze every situation individually, instead of simply accepting that when the light switch is flipped up, the light is on, and that when your toast has popped out of the toaster, chances are, your toast is ready.

For the purpose of this discussion, stereotypes will be defined as any assumption or expectation based on past experience, but not necessarily linked to future results. This definition includes assumptions such as assuming a wet surface will be slippery to assuming that a teenager with a coloured Mohawk is a troublemaker.

Stereotypes (which are typically developed on the basis of trends) are similar to the “on” point or the “1” of binary. Acting against a stereotype is the “off” point or “0” of binary. Once this binary system of stereotyping is in place (psychologically and further cemented by age and experience), the complex process of categorization becomes automatic and, in many ways, simpler and faster to use than judging people/situations/things by their individual value.

To provide an example, our learned sense of safety comes from identifying dangerous situations, such as cars speeding down the road toward you as opposed to an empty road, into a “1” or “0” conceptualization of danger verses safety. Of course, there are situations in which cars are on the road and it is still safe to cross, so experience narrows the stereotype to more specific circumstances (e.g., “yes, there are cars, but they are far away and moving slowly so it is safe for me to cross) and the bottom line is still a “yes” or “no” decision. Experience, then, fine-tunes decisions, but these decisions are rooted in the more primary and broad stereotypes that you began with.

Adult life is very much dependent on predicting outcomes and generally not being surprised by circumstances. For instance, we expect our alarms to go off in the morning; we expect that if we have not done anything wrong, we will still have a job the next day, and so on. While we recognize that situations vary, we still focus on trends for the sake of efficiency. Can you imagine going to bed every night wondering if your alarm will go off, or worrying at work that you will be arbitrarily fired? These are just a few examples, and they are certainly not universal (i.e., some people’s alarms might not be dependable or their jobs might not be stable). But if you take a moment to reflect, most of your actions are based on assumptions that are based on trends that are based on stereotypes. Human binary.

Interestingly, one of history’s largest proponents of human binary was Confucius, who taught methodical, traditional ways of living to maintain harmony with our surroundings and the people we meet. This harmony is based on predicting the way a person will move or speak, much like etiquette defines what is proper (binary: 1) and improper (binary: 0). Confucius taught that every situation has an acceptable and definite way of acting and reacting, from walking on opposite sides of the room at exactly the same pace with the same foot forward on the way to dinner, to restricting what one can say and at what time. Clearly, if one was learned in these methods, life became simpler because one could know exactly what to expect from a person under all circumstances, and thereby know his/her intentions of being “proper.” If someone behaved “improperly,” you knew that they were uneducated, and if you chose you could assume that they were not worth your time.

This method might seem ridiculous to people of our time, but the truth is, we unconsciously adopt many of these principles in our daily life. To reiterate, our dependency on stereotypes is developed from experience, and our experiences define trends. If every large-nosed person we come in contact with were warm and pleasant, we would begin to associate large-nosed persons with warmth and pleasantry, and respond accordingly. The benefit, of course, is that we are able to make decisions faster and more confidently. Granted, this system is not 100 percent accurate and life becomes reduced to a matter of the probable verses the improbable.

Those concerned with individuality may be assuaged by knowing that the more experience one obtains, the more refined this categorization system may become, as with the earlier example of assumed personal safety when crossing the road. The comfort we derive from the security of being able to predict is not only natural, but also efficient. As such, one may argue that maturation is the process of learning how and when to generalize.

Of course, the problem of stereotyping is inherent to the binary system. It makes us mechanical and at times unfairly biased. This is what many feminist, anti-racist, and other interest groups fight against. However, there is no way to absolutely eliminate stereotypes, which is both fortunate and unfortunate. Those who suffer most are the ones who are “not given a chance” because of assumptions, even if the assumptions are based on valid trends. For example, some European groups, particularly Slavic, are stereotyped as being aggressive. Being of Slavic origin and being more docile than the average person, progress can be frustratingly impeded because of people’s assumption that my temper will explode at any moment.

For those going against human stereotypes (which are the majority, since human stereotypes tend to be based on perceived trends) such unwaveringly binary judgments are frustrating. In many cases, however, they may be overcome. My belief is that the best way to escape this mechanical way of thinking (i.e., on or off, yes or no) is to be yourself, and consciously work against stereotypes when it comes to human interactions. When I’m playing football with my guy friends and I miss a catch, I don’t think, “oh dear, they’re going to think I’m a typical girl” (binary: 1). And if I make a good pass, I don’t think that I’ve “done it like a boy” (binary: 0). I’m just going to accept the failures and successes as a part of being human — being neither “1” or “0.” And my attitude that I am an individual who should be judged as an individual will rub off onto other people. Just try it and see.

Why Failure is Golden