Articles
The Voice
Here’s to the Rest of Us 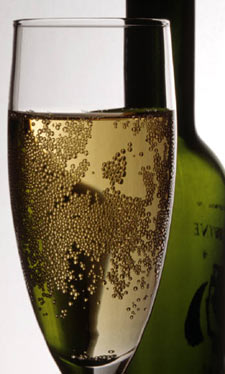 Let’s get one thing straight right off the bat: having money does make you happier. Anyone who says otherwise is foolish, deluded, or rich. Of course, money buys happiness. How could it be otherwise? Consider which set of options you would rather be faced with: deciding whether it would be better to drive the Audi or the BMW to the spa today; or deciding whether it’s more important to buy groceries to feed your family or to pay the gas bill before they disconnect you and leave you shivering in the dark over the Christmas holidays. Your thoughts?

Naturally, the rich have a vested interest in having the other 80 or 90 per cent of the population believe that financial wealth does not equate to happiness. After all, it’s better to keep the scurvy mob as placid as possible. If we became too resentful of our situation, we just might take to demanding more things from the toffee-nosed twits. Or else eating them.

So, now that we have addressed that noxious little bromide, let’s get down to the real thing that money can’t buy, which is character. Okay, this statement doesn’t apply to first generation wealth. You do have to have some real moxie to scrap your way to the top of the crooked money pyramid, as your capitalist competitors are all the while looking to get a good tooth-hold on your throat. It takes character aplenty to rise up from the bottom, which is why I wouldn’t want to meet any self-made millionaires in a dark alley. On the other hand, there is simply no way that any whiny, spoiled, private school lay-about raised on custard, kippers and great lashings of hollandaise sauce is ever going to have any real lead in his pencil.

Think about this. Anything good in our world that is attributable to humans is attributable to the poor and the working class. It is the poor and the working class who sweep the streets, teach the children, bake the bread, weed the flower beds, tend the sewers, change the catheters, drive the trucks, protest the wars, and travel to distant places in order to step on land mines, so that the very rich don’t have to worry about their overseas investments or their oil income. By and large, it is the poor who make the art and write the poems. It was the poorest of the poor who invented jazz, blues and rap. The bones of many of the men and women of genius who wrote the operas, concertos and plays that the rich spend their tax deductible dollars supporting have lain lo these many years in unmarked pauper’s graves, repeatedly pissed on by drunken Ivy League frat boys on spring break European vacations.

And if I were ever face-to-face with a savage mob and had to choose whom I would want standing beside me, a rich dilettante mama’s boy or a welfare mother who has had to fight for the survival of her six kids, I know the choice I would make. Do you?