John Buhler began contributing to The Voice on August of 2003 with an article about the impending deregulation of tuition rates for distance education students. Since that time he has continued to contribute articles on issues of relevance to students and Canadians, as well as a number of travel photo features. This year John took the plunge and moved to Germany for a year to join his wife who is there on a study visa. His experiences as an AU student abroad have appeared in a number of Voice articles and this series will continue into the new year. The articles are a wonderful testament to the flexibility of distance learning, as well as a first-hand account of what it is like to immerse oneself into a new culture. In this issue, however, his excellent review of the German film Downfall has been selected as one of the best articles of the past year.

It is always fascinating to see how a German movie confronts that nation’s Nazi past. The main focus of Downfall (Eichinger and Hirschbiegel, 2005) is a twelve-day period in April and May of 1945 leading up to Hitler’s suicide and the collapse of the Third Reich. The movie’s North American showing is especially timely as the film coincides with the 60th anniversary of these events. The film shows Hitler in the bunker under Berlin, throwing tantrums and giving orders that are impossible to carry-out. When he realizes that it is no longer possible to win the war, he blames the German people for having been too weak to achieve final victory, and he resists efforts to save German civilians in the battle for Berlin. Meanwhile, on the streets above the bunker, Nazi lynch mobs patrol the city for old men who have failed to join the futile battle against the Red Army. By the end of the film, Hitler and his Nazi movement have become enemies of Germany.

It is also interesting that Downfall uses a foreigner to portray the foreign-born Fuhrer. Swiss actor Bruno Ganz is perhaps best known in North America for his role in Wings of Desire (Wenders and Dauman, 1987), in which he plays an angel watching over a divided Berlin. He surrenders his angelic status when he falls in love, becoming in effect a fallen angel. Of note, City of Angels (Siberling, 1998), with Nicholas Cage and Meg Ryan, was a poor American adaptation of this theme.

In Downfall, Ganz once again portrays a fallen being as the Nazi leader who has tumbled from the height of his power, and is forced to take refuge in a bunker underneath Berlin. Much of the film is based on the recollections of Hitler’s secretary, Traudl Junge (actress Alexandra Maria Lara). In the film, she is shown as being an admirer of Hitler, and she remains blindly obedient to him even after his suicide.

The relative security of life inside Hitler’s bunker is in sharp contrast to the battle raging above. Josef Goebbels’ children sing for Hitler, while children in the city above are pressed into service against Soviet tanks. These contrasts make the film all the more powerful in its effect.

Downfall is controversial, in part, because Hitler is sometimes shown to be human. He loves his dog Blondi, is charmed by the young women who work for him, while they apparently find him charming as well. He is also fond of small children. It is difficult to make sense of these scenes, if we can only view him as a monster. The film does not offer an explanation and the viewer is challenged by the contrasts in Hitler’s character.

It is not necessary for the film to encompass the whole war for it to have a chilling effect on the viewer. When Hitler barks orders for armies that can no longer function, we know that this madman happens to be responsible for the horrors taking place outside of the bunker. It is also disturbing to watch as Magda Goebbels systematically poisons her own children, rather than allow them to be raised in a world without National Socialism. And when Hitler boasts of his mass murder of Europe’s Jews, we know of the horror that his statement implies.

One critic felt that Downfall failed to give us any insights into Adolf Hitler’s personality (“Unsolved mysteries,” 2005). Yet, if historians have spent decades examining the issue of Hitler’s personality, it seems unreasonable to expect that a 148-minute movie will provide any stunning revelations.

No doubt, some factors that contributed to Hitler’s character included physical and psychological abuse in his childhood, and the pervasiveness of anti-Semitism in the Austrian society in which he was raised. But this would be different film altogether.

There have been other criticisms as well. In an article by Randy Boswell (2005) of the CanWest News Service, the film is criticized because Wilhelm Mohnke, shown as a hero trying to protect German civilians, has been accused of murdering captured Allied soldiers. As Downfall concentrates on twelve days inside the bunker, Mohnke’s earlier actions are not disputed, but are simply outside of the film’s timeframe.

Make no mistake, however, the film is not an apologia for the Nazis and the Germans who supported them. At the end of the film, an interview with the real Traudl Junge in 2002, reveals that it took her many years, but eventually she came to realize that she shared responsibility for the destruction that Hitler had unleashed upon the world. 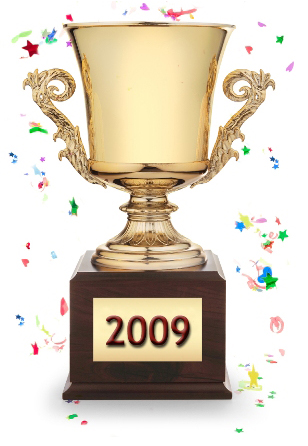