Articles
The Voice
In Dependent Times

Sara Kinninmont has been writing for the Voice since the summer of 2003. Her contributions are not frequent, but they are always memorable and strike a chord with Voice readers. An AU graduate, Sara explores the conflicted middle-ground between adulthood and late adolescence that is the third decade of life in North America. Where once it was assumed that people in their twenties would graduate from school, marry, buy homes and begin a family, early adulthood has become a time of extended decision making and exploration for many. Here Sara considers plunging into the murky waters of independent living. This article was originally published on January 26, 2005 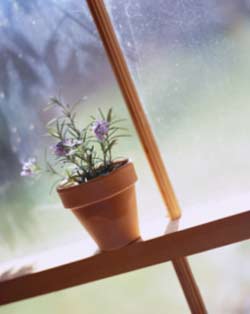 What do I know about independence? That depends. The concept is certainly one I’m familiar with, but I won’t lie, it’s not one I’ve put into practice. My level of personal independence rivals that of a cat. I come and go as I please without a care in the world, yet when it comes to basic necessities like food, shelter, and Internet access, I’m completely dependent. For years, I’ve lived in my bubble of dependency, blissfully unconcerned that I’m nearing my mid-twenties, still live at home, have no real career on the horizon, and have been toiling away at my university degree part-time for the better part of five years. As they say, “all good things must come to an end.”

Sadly, this appears to be all too true in my case. My twenty-fifth birthday blind-sided me, plunging me into a quarter-life crisis. Gone was the not-a-care-in-the-world girl, and in her place was self-doubting self-loathing introspective girl. She was the one that brought up the point that maybe I should be a little more concerned about the fact that I’m twenty-five and not yet self-sufficient. I decided to humour her, hoping that it would lead to her hasty departure, which is how I found myself plumbing the depths of my psyche in an attempt to find the root of my dependency.

Here’s what I learned.

My dependence is primarily fed by what I’ve dubbed Affluence Addiction Syndrome, a rarely acknowledged condition that has become rampant as the Baby Boomers’ offspring have been reaching their twenties. The Syndrome is especially prevalent in twenty-somethings raised in upper-to-middle-class neighbourhoods, with its occurrence skyrocketing where the cost of living is exceedingly high. The double whammy of high cost of living and being accustomed to the good life is a direct factor in its onset. The twenty-something in question realises if they move out that their standard of living will plummet, thereby trading off their aspirations of independence for the dependence-induced illusion of affluence.

Several factors contribute to the spread of the Syndrome. First off, good jobs are scarce, which has resulted in almost mandatory post-secondary education of some kind, even post-graduate studies. The combination of few good jobs, the high cost of living, and the likely four-to-six year stretch of university, plus the fact that education is ridiculously expensive in itself, all contribute to its prevalence. Another factor that directly feeds Affluence Addiction Syndrome is the media and pop culture influence. Twenty-somethings today have never known life without TV, and are likely forgetting what life was like before the Internet. They’ve been exposed to pop cultural imagery their entire lives, with its incessant message that you can, should, and deserve to have it all. And therein lies the root of my problem.

I’ve bought into the cachet that surrounds the upwardly mobile existence. All the things pop culture has pimped to me are the things that I covet. Meaning, I want the good life: lots of travel, eating out, a nice car, and entertainment in its various forms. After being bombarded with the message that I can have it all, can you blame me? Shouldn’t I be able to go for brunch, sushi, gelato, or tapas whenever I want? Shouldn’t I be able to afford Pilates, yoga, and a gym membership? Is it too much to expect bi-monthly facials or visits to my Chinese herbalist? What’s wrong with wanting to buy all the magazines and books that interest me? How can I not travel and explore all the places in the world that capture my imagination?

For years, I’ve knowingly traded my independence for all of the above. Sure, I could move out, embrace my independence, and give it all up. But why? To finally be granted that coveted independence badge from the would-be girl-scout leader that is modern day society? I don’t covet the independence badge any more than I do the one for sewing, fire starting, or the ability to execute the perfect bowline knot. It seems when I weigh my options that independence is simply too costly.

Due to extensive and none-too-scientific research, I’ve come to the conclusion that I’m not an anomaly. There are many Syndrome sufferers out there. Over the years, as I’ve run into various ex-classmates, and had the horrible mandatory “so what are you doing now?” conversation, I’ve discovered that many of them have also chosen the route of dependence. Having even come across a few recovered Syndrome sufferers, it seems that one’s chance at recovery is directly related to whether or not there is a repressive regime on the home front. The more repressive the regime, the faster the Syndrome will dissipate, which explains why I am a lost cause. In my case, there is no regime. On the contrary, the home front is downright utopian.

Admittedly, knowing that I am one of many has helped soften the blow, not to mention the fact that it helped take some of the steam out of introspective girl’s judgmental onslaught. I’ve managed to get rid of her, albeit temporarily, with the promise to continue to work at independence. Now that I’ve addressed the problem, I realise it is no easy thing to rectify. I certainly won’t be cured overnight. Clearly, I’m going to have to take it day by day. I’ve already started looking into aromatherapy. Maybe a lovely scented candle or essential oil is the key to my embracing independence? Feng Shui is also a possibility. Maybe I’ve been enslaved by bad energy?

All in all, this independence thing is going to be a gradual process. No need for me to jump into it blindly. Plus, I’m pretty sure I’ve staved off introspective girl until my thirtieth birthday. However, just in case she plans to pop in unannounced at my twenty-sixth, I’m planning to spend it pondering my plight on the beaches of Costa Rica, a paradise far from the prying eyes of little miss party pooper.