Features
The Voice
Costa Rica – Behind the Scene

This summer I studied hard. Actually, I took a kind of survival course. The syllabus covered issues such as: how to survive a month living together with about twenty other people, how to survive an encounter with a deadly snake (or three), how to survive writing a 20 page directed research report in 24 hours, and how to survive conducting interviews in a language you don’t really speak. But, this was also a true academic course offered by the School for Field Studies (SFS) based in Salem, MA. SFS offers semester as well as summer courses in various locations around the world. The courses usually incorporate elements of the local culture and ecological issues.

I’ve always been interested in how to help keep the earth as clean and healthy as possible. In elementary school, I virtually made my best friend help me pick up the trash on nearby grassland twice and there was lots of it! I also adore traveling, but in the Americas I have never been south of Florida. I have even just completed my second course in Spanish. Alea iacta est. I was planning on studying sustainable development and the ecosystem of tropical forests in Costa Rica. Just days after finishing the exams at home, I got on a plane and flew across the Ocean to take one more final exam.

Once on the plane, I admit that I panicked. While my nameless co-travelers sobbed over a bad romantic comedy, all I could do was ask myself what on earth got me to do such a thing. I was the only person of European descent enrolled in the course (it seems foreign students in SFS courses are a rarity, which is indeed a shame), so there was no-one on the whole airbus who could comfort me and make my mental image of a bush rustling with snakes disappear.

Back on solid ground, though, everything changed. It turned out that the last thing I would be in my snake-battles was lonely. There were 16 other students, three interns and a student coordinator. We all slept under the same roof on a large finca in the town of Atenas where SFS is based in Costa Rica. None of us knew exactly what to expect from the month we were about to spend together in that great new world. None, or almost none, of us knew each other either. It turned out that we were indeed quite different, but we all seemed to posses that exquisite mixture of a pinch of tolerance and a spoonful of openness. I believe that was why we got along so well. At the end of the course, it seemed that we have been living together forever.

But let’s get back to the real stuff. Very soon after our arrival to the finca, we were faced with the reality of our schedule. We had four two-day trips, one each week. When we didn’t have trips to do, we had lessons in the classroom and lots of them! We also did short excursions to Atenas and the protected areas around it. We visited the local elementary school and planted trees with the pupils in the schoolyard. The children absolutely adored us (I guess they were quite bemused by “grown-ups” struggling to find words for “tree” and “compost” and “dig” in Spanish).

The over-night excursions though were my favourite. We visited four natural parks: Braulio Carillo, Volcan Poas, Guanacaste, and Monteverde. I could never have imagined a better way to get wet than while taking notes on a lecture in the middle of a tropical rainforest with our feet in the river where we, just minutes before, had enthusiastically collected micro-invertebrates. We actually did the collection as a part of a larger project. The poor little creatures that got caught in our nets are great bio-indicators, which mean their presence shows good quality of water. The five-year project of collecting and determining the species of micro-invertebrates will show whether the recently built highway located nearby has any effect on the quality of the park’s rivers.

In another park, Monteverde, we familiarized ourselves with the tropical cloud forest, huge colorful butterflies and tiny hummingbirds that were attracted to the Hummingbird Gallery’s artificial feeders. Without the feeders, tourists would have difficulty observing these birds, which are virtually invisible in their natural habitat and so fast are they our eyes can’t catch them. Our task was to find out whether these artificial feeders are charity for hummingbirds or murder.

We examined the biology and lifestyle of hummingbirds and discovered that the artificial feeders are indeed changing the birds’ behaviour. Behavioural changes include their migration patterns, competition between species, mating habits, and diet. We provided alternatives to the artificial feeders, such as using fewer feeders and for shorter amounts of time, or the use of hummingbirds’ host flowers instead. It is yet to be known whether the park’s managers will implement any of the proposals.

In Guanacaste National Park, we hiked through tropical dry forest to see what great damage mostly human-induced fires can cause. Supposedly, the fires are a result of bad relations between the park officials and the people living on its borders. People in Costa Rica have traditionally used forests for hunting, but as tourism is on the increase, the whole economy shifts from banana and coffee production to services. Larger expanses of land are becoming protected, which decreases the land available to the locals for hunting. Problems arise in attempting to convince the locals that what they really need is undisturbed nature. How can they be convinced to change their lives? Education is the most likely answer.

In fact, education seems to be of great importance in Poasito, a town close to Volcano Poas National Park. As we interviewed the villagers about the relationship they have with the park, we became aware of their situation in the globalizing world. The park in their vicinity is not a very large park, but tourists come to enjoy one of the most spectacular views of a volcano. This has had a great influence on the life of the locals, as well as on the local economy. It would be expected that the local income from tourism has generally increased, but this is not the case.

It turns out that people don’t have the appropriate assets or the knowledge to profit from the tourists who come to the park. Most of the locals don’t speak a foreign language and, since they have traditionally been farmers, they can’t afford to establish their own restaurants or hotels. It is true that the local pupils receive education on the importance of protecting biodiversity, but their parents lack the knowledge of how turn from strawberry plantations (not a native species in Costa Rica) to services. Once again, the key lies in the hands of the government and political system.

I’ve learned all of this and much more in just one month under the guidance of SFS staff and two amazing professors. Even though I sometimes still think the environmental situation is hopeless, I now know there are people who firmly believe the battle is not lost yet. And they fight by passing their knowledge on to young people all around the world.

As for that deadly snake I was afraid of encountering in some bush, well, it didn’t wait for me in the bush after all. It came out to greet us in the laundry. And it didn’t take a whole bunch of us to get it captured. It only took a 17-year boy, a bucket, and a mop. Luckily, nobody was hurt in the process of returning the snake to the bushes. I am sure it will be delighted to greet you there someday. 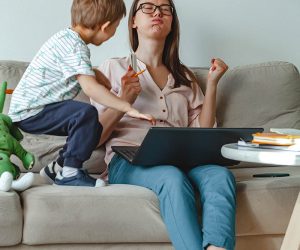 How to Survive Studying with Children