Columns
The Voice
From Where I Sit – Did You See These

Whether I’m away for a day or two, or a week or more, I never cancel my newspapers. It’s my way of catching up on what I missed during my absence.

How much time I can give to the Edmonton Journals and National Posts that piled up during my absence depends on how high the stack is and what else is going on. After a recent five-day trip with Roy into the States, I made time to give each newspaper at least a cursory read. As well, I had a January 3rd copy of US Today calling to me. Canada doesn’t appear in a headline until page six where the issue states “Canada struggles to deal with increasing gun-related violence.” No explanation necessary for that headline.

Here’s a sampling of the more strange, offbeat, tragic and just plain crazy stuff that I missed.

A Venter writes “as a resident of Old Strathcona, I welcome smoking buses. Now, if each pub would also get a puking bus, a garbage bus and one to vandalize, we might get our wonderful neighbourhood back.” Love it.

Both newspapers reported on the rich Vancouver senior who poisoned five trees in Stanley Park because they impeded her view of the bay from her $1.7 million condo. Plastic bags with dog feces, rocks, and eggs were thrown at her condo. That, plus abusive phone calls and emails, forced her to sell her property and her interior design business. What could the old gal have been thinking?

January 6th issues covered sketchy details about the Toronto mom who turned in her 17-year-old son’s AK-47. What a refreshing change from those parents who go to any lengths to shield their kids from the natural consequences of their actions and mistakes.

In another gun-related story, a Vancouver man shot off his own finger while playing with a gun in front of the toilet. He’s lucky that’s all he lost.

“Collect your butts” is the message from the mayor of a Spanish city, as that country has now adopted a smoking ban in enclosed public spaces effective January 1, 2006. I wish the mayor could’ve said the same to some of the Christmas guests stopping by my house. Just because it’s a farm doesn’t mean we want your butts everywhere, guys!

If you’ve got $150,000 burning a hole in your pocket after the Visa bill is paid, how about bidding on the six-year-old two-headed albino snake the St. Louis aquarium is offering on eBay. What a great conversation starter! And it’s cheap too!

A Regina couple is mourning the loss of their twin daughters as the result of a collision with an alleged drunk driver. The Journal reports the girls “died December 30 about 10 minutes apart in the same hospital where they entered the world 11 minutes apart 21 years ago.” Their dad believes a higher power was at work here. Hug your kids. Report a drunk driver.

The rest are too good to ignore. Looks like I’ll need a Part II to cover the rest, from where I sit. 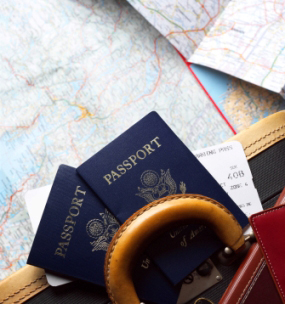 The Learning Curve – Planning for Adventure