Articles
The Voice
Nature Notes – From the Backyard to the Biosphere. Sowing the Seeds of Content

There’s no doubt about it: winter is here, and it’s time to hunker down and bundle up. January is the genuine article when it comes to winter in Canada, and looking out on the snowy landscape at this point in the year, there’s not much to remind us of times of plenty. Not much, that is, except for thoughts and dreams of new life, new growth. Indeed, what can invoke the courage we need to face the long, cold months ahead if not the thought of seeds? Nothing says hope for the future quite like a seed. Within this tiny parcel, often so miniscule that the emergence of a mature plant (a tree, a shrub, or a flower) seems impossible, lies such potential, such possibility.

Seeds really are an amazing piece of evolutionary work. And considering how important plants are in our lives — forming the basis for our food, medicine, clothing, housing, and many other essentials of life — it’s worth learning a bit about how they do the marvellous things they do.

A seed, similar to an egg in many respects, provides the developing young plant with everything it needs to begin life on the right foot. With a protective outer coat and plenty of stored foods, the seed functions for the young plant like a good parent, making sure that the little one is safe from the elements, and that it gets what it needs when it needs it.

In fact, the beginning of a plant’s life is strikingly similar to that of an animal. An ovule (fertilized by mobile sperm, if you can believe it), develops into a plant embryo. The embryo develops and, as in an animal foetus, differentiation of distinct ‘body parts’ begins. In this case, of course, body parts consist of basic leaves, shoots and roots. After this basic stage of development, the seed’s main job becomes dispersal to a new home (usually via wind, water, or animals).

Once the seed arrives at its new site, three factors (i.e., moisture, oxygen and temperature) determine whether germination will grace the young plant’s life and send it on to seedlinghood, or whether its journey will come to an untimely end.

When your mom told you to water the garden faithfully after planting, she meant it. Most seeds have an extremely low moisture content, and until they suck up some of the drink, their metabolic processes (digesting that stored food, ‘breathing,’ and growing) cannot begin. Of course, as we all know, when it comes to drinking, too much of a good thing is possible. Metabolism requires oxygen, so if the soil in which the seed finds itself is too moist (a.k.a., waterlogged), oxygen levels may be insufficient to allow for respiration, and it’s game over for the seed. As in all things in life, balance is key.

Temperature plays a funny role in the story of the developing seed. 25 oC to 30 oC is the optimum range for germination in many species, but some species depend for their very survival on the occurrence of extreme temperatures. Plants in our part of the world often require a specific length of time at very low temperatures in order to germinate. Those who wish to propagate native plants spend time perfecting the art of storing seeds in the fridge, simulating the period of dormancy through which these cold-adapted plants must pass. On the other end of the spectrum, the seeds of plants adapted to landscapes in which heat and fire are the norm require intensely high temperatures to emerge into the world.

If the moisture, oxygen and temperature conditions prove just so in the seed’s new home, germination occurs, and stage two of the lucky plant’s life may begin.

Seeds are logical things, and know that in order to take hold of their new existence, the best first step would be to take root. So, the first structure to peek out is the embryonic root, that plant part so essential to anchoring the young organism, and to allowing for nutrient and moisture uptake. Following closely behind is the shoot, complete with first leaves, or cotyledons, pulled gently from the soil by a curved shoot structure.

So voila! From an apparently unimpressive little capsule emerges a young plant, ready to eat up the sun’s energy, suck up the soil’s nourishment and moisture, and grow into the greenery that means so much to all of life’s creatures. Seeds really are a testament to hope, to the promise of a bright future, and to facing winter’s cold with the knowledge that the season is but the beginning of the emergence of brand new life. 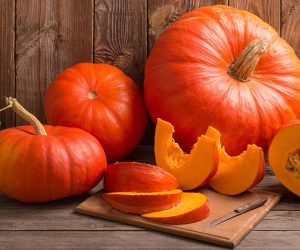 The Not-So Starving Student—Pumpkin for Any Occasion 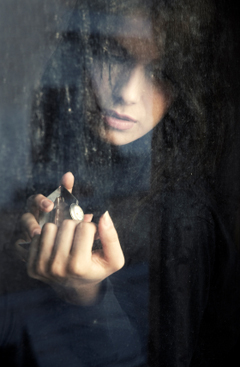 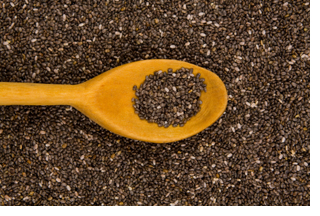