Columns
The Voice
Lost & Found – Bismillah (Elephant in the Room)

Waking up to the clock radio, the first news of the day is all about bodies mangled by bombs in Pakistan. Women and children are reported buried under the rubble. A few minutes later, a spokeswoman for an environmental group is playing “connect the dots” with tsunamis, landslides, tornadoes, hurricanes, drought and floods. Closer to home, there is another call for increased homeland security. Somewhere off in the distance there is the low ominous rumble of tectonic plates, shifting.

Driving out to a dinner party in the Fraser Valley, the news is one catastrophe after another. The weight of them is filling up the car until we almost cannot breathe: the body of the teenage girl; the victims of gunplay; the disappeared hostages; the homeless man frozen to the railroad track; the right wing agenda. Fortunately, we’re able to find a classic rock station. We sing along to Stairway to Heaven and Carry On My Wayward Son. We sing along to Bohemiam Rhapsody (“Bismillah! We will not let you go!).

Getting close to Chilliwack on the highway, the smog is hanging like a greasy brown pork pie hat over the acid-etched landscape. The air smells like kerosene and diesel fuel. I think of all of the people inside the shrouded hospital, hooked up to whirring respirators. There is a luminous red river of brake lights stretching ahead of us into the distance, moving at glacial speed. The HOV lane is empty except for us and one other car–a rusty white Corolla–so we make good time.

At the party our talking and talking is all post-apocalyptic, post-ironic. We wonder whether Jon Stewart will be a good host for the Oscars. We debate whether U2 started sucking after the Joshua Tree or after The Unforgettable Fire. We talk about Howard Stern and Tom Green and Desperate Housewives and celebrity chefs. We talk about mortgage rates and the pros and cons of different investment vehicles. We compare the merits of pinot and merlot. Somebody does a great Stephen Harper imitation. Somebody else does George Bush. We step outside to smoke a joint and we phone our babysitters to make sure they’re not getting drunk. Death sits in the middle of the room on a Persian carpet, Elephant-sized and silent. At the dinner table, we pass the gravy boat back and forth, back and forth. The clock strikes twelve. It’s witching hour for someone. 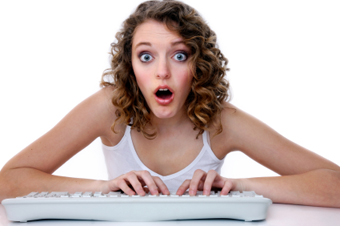 International News Desk – At Home: Ice Breaker – Around the World: Shut Up