Columns
The Voice
Stephen Harper and the Dismantling of Canada, Bit-by-Bit 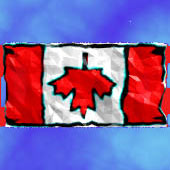 Well, it’s a week or so apres-election and the world hasn’t come to an end with the handing of the mandate to the Harper Conservatives. Most of the political commentary that I’ve heard, in fact, is painting the election outcome as amongst the best of all possible worlds. The Conservative minority is not too strong, say the pundits. As well, a minority government has to work together, cooperatively, in order to get anything accomplished. This way of getting things done is perfectly in line with the moderate mindset of most Canadians, straying neither too far right nor too far left.

It seems that to many political observers, the most surprising and refreshing thing about the whole process was the fact that Mr. Harper appears to be, well, just one of us after all. It turns out, by all appearances, that he is not a rabid fascist. There is much continuing natter and chatter about his statesman-like demeanour throughout the campaign. Most of the pundits seem simply tickled pink that he was able to get through the whole thing without threatening to re-establish witch burning or immediately ceding sovereignty to the United States. Not even once did he or any member of his Conservative Party mention government-mandated tar-and-feather campaigns directed against “them thar hommusekkshuals found within the city limits after dark.” The building of debtors’ prisons and concentration camps for the homeless was not a plank in the party’s platform. And whenever the issue of education was raised in debate, Harper somehow managed to assuage progressives by getting through it without promising a return to the basics of “readin’, writin’ and cipherin.'”

Perhaps nobody played a stronger role than outgoing Prime Minister Paul Martin in the re-envisioning of Harper and his bunch of disgruntled Western separatists, Thatcherite voodoo-economists, and religious reactionaries as political moderates. The ludicrous antics of Martin and in his campaign managers in trying to paint Harper as some sort of anti-Christ dictator-in-waiting, ready to put teams of well-armed storm troopers in every city of the nation, was sort of like the reverse of “damning with faint praise.” By trying to depict the Conservatives in such a grotesquely cartoonish light, they in fact managed to make themselves seem rather genteel and socially cautious.

The problem with all of this, of course, is that the Conservatives are not politically or socially moderate. The problem is that their agenda is to move Canada closer and closer to the sort of ultra-right wing politics we see under the Bush regime down south. Surely, anyone who has paid attention to the history of Harper and his gang can see that. It’s just that they favour getting there incrementally, rather than all-at-once. Gradually, piece by little piece, they will lend their weight to the dismantling of our health care system. They will help, ever so slightly, to increase the widening gap between the rich and the poor. One step at a time, Canada will become and more intolerant and colder-hearted nation. It will be a long hard battle just to get back to where we began a few months ago. Oh boy.

On the Hill – Power Play

On the Hill – Oh, Danny Boy