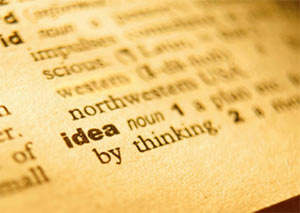 I believe it was Bernard Shaw who said “As it is impossible to say exactly what one means, it follows that it is impossible to mean exactly what one says.” Aside from using this statement as a defense when someone misconstrues your declarations, it provides a good deal of insight into a question that I have been intrigued by for years. My intriguing question is, “How do we know that the words we choose are right for not only conveying our message, but also for having your listener understand it in the way that you mean?” Bernard Shaw would have you think that from the point of view of precision, it is impossible.

Though precise language is the goal of most language experts, it is one they seldom achieve. So, how achievable is the goal for other non-linguistically-minded individuals? Communication studies provide some insight into verbal/body messages, how they are interpreted, and what affects interpretation. Anthropology and history examine the social and political effects of communication. But what can we say of language, specifically words, used on a daily basis by individual persons?

We can generally see the effects of language by people’s reactions. When you tell someone: “you look nice today,” they often respond with a smile indicating pleasure. However, if the recipient of the compliment were to deconstruct the message to the basis of words, the word “look” could mean strictly physical appearance, general demeanor, or both, as interpreted by the outside world. The word “nice” could mean any range of compliments, from “pretty” to “cute” to “respectable.” The word “today” could mean that today, in particular, the person “looks nice,” or that only today the person “looks nice,” or that today, like every other day, the person “looks nice.” The point is, certain conventions exist in language that people generally accept and react to in a very binary way (i.e., accept it or don’t accept it). What I wonder is what, exactly, people mean by the words they choose, how often people pay attention to their word choice, and what exactly do words mean, separate from the expected reaction.

This internal debate arose when I was struck by the word “courage.” I have often heard people label themselves or others as “courageous” or at times “non-courageous.” This led me to wonder what the word meant apart from the implication that “courage” is a good quality to have. A gander into my handy Oxford Dictionary of Current English, provided the following illumination (ahem): “courage: n. 1. the ability to do something that frightens one. 2. strength in the face of pain or grief.” (Soanes, 2001).

My problem with this definition of courage is that humans will never do something that frightens them, unless doing otherwise frightens them more. That is my understanding of fears. I am, I admit, terrified of heights. I will not climb tall ladders, look over the side of tall buildings, or do anything that will cause me to see the ground 10 meters or more underneath me. I will never do this because of cowardice or whatever. However, consider the hypothetical situation of my daughter being in grave danger and the only way I could help her is by overcoming my fear of heights and I did so. I would not call this courage. My courage would be the result of weighing consequences. I would be more frightened by inaction than by action. Another hypothetical situation is if I decided to overcome my fear by climbing a tall ladder to prove to myself and to others that I can do it. In this case, a fear of ridicule or a fear of loss of honour would be stronger than my fear of heights. As it stands to this day, I have not been courageous with heights, but I have shown strength in the face of pain or grief. Does this make me courageous? Or are the acts courageous in of themselves? Is there really a distinction? Or perhaps it is not courage at all that I possess, but some other qualities that may appear to others as courageous? Stubbornness can certainly be among those misconstrued qualities.

Take what you want from this article; I did not say it as I meant it anyway.

The Writer’s Toolbox – No Expert