Articles
The Voice
Busby’s Science and Nature Column: In Training for Planet Status

Most of you have no doubt heard of the predicament of the planet Pluto, which many scientists are now saying should be stripped of its planet status. Apparently, Pluto is really just a piece of icy space debris, part of something called the Kuiper Belt. According to the latest reports on the Cable News Network (CNN), a new orbiting object within the Belt, dubbed by scientists with the catchy name of UB313, has been located in the same general area of our frosty little friend, begging the question of whether it would make more sense to add one more planet to the solar crown jewels, or strip The Artist Formerly Known as Pluto of its questionable credentials.

For what it’s worth (and I know my voice in this debate will be welcomed by both the scientific and the hip hop communities), I believe that we should just keep expanding the solar system like the waistband of a pair of cheap velour track pants. I mean, what the hell, it’s not like we have to pay increased wages or royalties or something to a bunch of goggle-eyed, nine-limbed Plutonians or whatever they are up there. It’s not like, if we let this one go, every little piece of space junk will be demanding official this and official that. And it does seem more than a little cruel to deprive Pluto of its standing at this point. It would be like going back to Ross Rebagliati, re-opening that whole marijuana-as-a-performance-enhancing-drug debate, and then ripping his Olympic gold metal off his chest. Besides, without its planet status, Pluto is nothing. Washed up. Finished. It’s not like it can start a whole new career as a dental hygienist or something. No, planet is pretty much all it’s got going for it. Without that, it’s just a miserable, remote, frozen, and generally uninhabitable wasteland. It’s sort of like Prince George, but without the shopping malls. Even Starbucks would be reluctant to set up shop there.

Admittedly, I do have something of a vested interest in this whole planet / not-a-planet brouhaha. I’ve checked the rules, and the fact is, if I continue ordering in-home meal delivery from Honest Joe’s Jumbo Burrito House, specifically the Meat Lover’s Chimichanga with Mexi Fries and Super-Sized Vanilla Coke, then in about six months time I myself will be of sufficient circumference to apply for official planet status. Although the egghead astrologists or astronomers or whatever they call themselves at NASA have so far been too busy to return my calls, I’m pretty confident that it won’t be long before Planet Busby makes the cover of scientific journals and swimwear magazines around the world. Just remember that you read it here first, sky watchers. 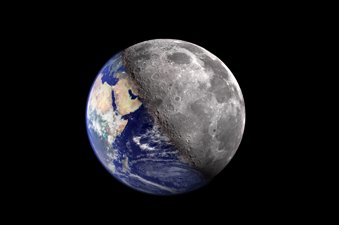