There is a girl who grows up with five brothers and sisters in a one bedroom apartment in a dangerous part of town. The fields and forests of her ancestors are now paved over with mile after mile of grey asphalt. The alleys are littered with broken bottles. In high school, she studies the words of dead white men. She is a bright girl, and learns quickly and well. Later on, when she tries to find a job downtown, she will walk for miles along streets that she knows are named in honour of long dead bankers, colonialists, coal magnates, railway executives; a roll call of phantoms, wealthy, white, and powerful.

There is a woman in the apartment beside the girl’s who was once a medical doctor in her native country. A year ago, her husband and children had been murdered by paramilitary forces. Good nights are the ones where her dreams aren’t filled with ghosts. Fortunately, working three different jobs doesn’t leave her with much time for sleeping. She’s too tired to notice that when her back is turned at the convenience store she works at, the skinhead kids from the high school steal chocolate bars and condoms. Everything she owns in the world these days fits into a suitcase that she keeps beneath her bed.

There is a building caretaker who pushes his vacuum cleaner along the threadbare carpet of the hallways one floor below the girl and the man. His nose wrinkles at the stink of greasy foreign foods wafting out from the apartments. He doesn’t trust the tenants in this building. There’s too many of their kind already, and they keep pouring through the borders, with no end in sight. Probably making bombs, half of them. They show up and demand this and that. Take jobs away from those who deserve them. Last week his ex-wife told him that his teenaged son wasn’t accepted into the program he’d applied for. Of course, what did she expect? They won’t let you into anything if your skin is white.

Far across town, there is a tall man with salt and pepper hair preparing to tap in a short putt on the eighteenth green. He is thinking about the profit he will make by renovating the low-rent apartment building he recently bought in time for the next Olympics. He will have to check with legal to find out when the eviction notices will need to be delivered. The ball drops into the cup with a satisfying sound. 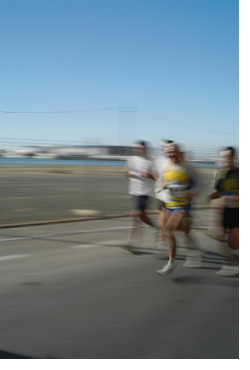