AUSU election 2006, is over! The new council has begun a 30 day orientation period, after which it will become the new representative board for AU undergraduate students.

Five incumbents will be returning for another term, and four new members have joined the AUSU ranks.

This new council is the most representative of AUSU demographics ever. 40% of the membership resides in Alberta, 28% in Ontario, 10% in British Columbia and 5% in Saskatchewan, with the rest in other parts of Canada or in other countries. Of the nine new council members, four are in Alberta, four in Ontario, and one in British Columbia. This matches quite closely to our distribution of members. Additionally, the AUSU membership is 66% female, as is our new council, whereas the last council, when elected, was 77% female.

The council executive positions will be elected by a vote of council at the end of the orientation period. While council will serve for two years, AUSU is considering bylaw changes that would see the executive re-elected each year by an internal mid-term election. This would ensure that executives are still able to devote the time required to their positions, and allow council members who have served for a year and become well versed in council’s governance model and ongoing projects to have a chance at an executive position.

Unfortunately, voter turnout for the election was poor (105 ballots returned), despite nearly five months of advertising and an unusually high level of interest in the election. However, this election did boast the highest number of candidates of any previous election on record, and many more students inquired about running but decided not to, primarily because many felt they did not have the extra time to devote to council at this point in their studies. This high number of inquiries about council positions shows a high level of interest in council overall, though this did not translate into a significant voter turnout.

Nevertheless, AUSU members will continue to have an ongoing opportunity to shape the mandate of their council by providing feedback and suggestions over the coming term. AUSU members have provided an exceptionally high level of input to council over the past year, helping to ensure that AUSU continues to provide services relevant to its members. We believe that this ongoing feedback is more important in shaping the services that AUSU provides than any single event such as an election. Members are reminded that they may write our office with any concerns, or just to comment on their Athabasca experience. AUSU tracks all types of student concerns, even if students do not wish to have their names or contact information recorded. When areas of ongoing problems are identified, AUSU is able to approach the university with statistical data and seek change. This approach has been effective in the past, and we hope members will continue to let us know what they do and do not like.

Thank you to everyone who voted and supported their council in this election. 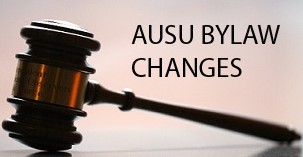 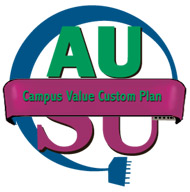