Articles
The Voice
The Plagiarism Plight

Plagiarism is a word that incites feelings of indignation, shame, and dishonor. The thought that a student would steal another’s ideas or work is reprehensible. It is unethical and deserves punishment. In all fairness to students who have worked for their grades, those students who have claimed another’s work as their own should not be rewarded. But what is a just method of determining whether a student is guilty of plagiarism? And what is a suitable punishment?

How can a university maintain high standards of academic honesty? Some would argue that to maintain credibility as a degree-granting institution, a university is obliged to submit student papers to an electronic plagiarism detector, such as turnitin com. While this sounds like a good idea, I suggest there are some problems with this solution.

Firstly, the assumption of dishonesty makes all students feel like criminals. It is akin to having a relationship with a person who assumes you are a liar. This does not form the basis for a trusting relationship. Don McCabe, president of the Center for Academic Integrity, Duke University, Durham, NC states, “The cornerstone of an effective honor code is that you trust students to be honest” (McCarroll, 2001). I tend to agree. It is difficult to relax and learn in an environment of mistrust. To have each student submit to an electronic plagiarism detector is like subjecting each driver to a breathalyzer test, even though there is no reason to suspect the driver has been drinking.

Secondly, there may be cases where an honest student claims his or her thoughts were original, even though a very similar work has been published elsewhere. To understand how this could happen, consider the rationale for copywriting work or patenting inventions. It wouldn’t be the first time that a scientist who invented something learns that someone else has already patented that same invention. Unless the inventor can prove his or her ideas were stolen, it would be fair to assume that both inventors came up with the same idea and that neither inventor is guilty of theft.

As human beings, we share many similar experiences and feelings. From childhood, many of us have been exposed to a similar body of educational materials and have been influenced by the same great thinkers. Perhaps it is not so far-fetched to believe that two people could come up with the same ideas without one having stolen from the other.

Finally, there may be cases where an honest student could use others’ ideas stored in his or her subconscious, without realizing they were not original thoughts. Consider for a moment all the books and articles you have read; all the lectures, speeches and songs you have heard; and all the ideas and philosophies you have been exposed to in your lifetime. There is a staggering amount of information stored subconsciously in your mind. In a court case, singer Michael Bolton was accused of stealing lyrics from the Isley Brother’s 1966 hit, “Love is a Wonderful Thing.” The court found Bolton and Goldmark guilty of plagiarism. The court decision stated that, “It is entirely plausible that two Connecticut teenagers obsessed with rhythm and blues music could remember an Isley Brothers song that was played on the radio and television for a few weeks and subconsciously copy it 20 years later” (Rosen, 2000). This case raises an interesting point. If we can be found guilty of something we cannot consciously remember, we are all at risk of being found guilty of plagiarism.

There is something particularly unsettling about appointing a computer program to assess the work of human beings. A computer’s memory is nearly limitless and perfect. In contrast, the human memory is very limited and imperfect. It is possible that a student could use ideas stored in his or her subconscious, without realizing they were not his or her own thoughts. A computer program could mistakenly accuse this student of plagiarism. I remain somewhat cautious about putting complete trust in technology. Speedometers are generally (but not always) accurate and computer programs have been known to have bugs and glitches.

So, what is to be done about plagiarism? If the university should assume students are generally truthful, how is a plagiarist to be caught and punished? I would suggest that only those papers that seem uncharacteristic of the student’s writing style and ability be run through an electronic plagiarism detector. If a student is found to be guilty of blatant plagiarism (i.e., large portions of material copied word-for-word), he or she should be given a failing mark and expelled from the course. Otherwise, the assumption should be that the student is honest and is submitting his or her own work.

What about the plagiarist who doesn’t get caught? Perhaps the plagiarist is his or her own worst enemy. How can a person who has not struggled through the learning process succeed at their place of employment? How much guilt and shame will that person carry? How much satisfaction will that degree give the person who has attained it dishonestly? Perhaps this punishment is sufficient.

While it is dishonest to claim another’s ideas as our own, the line between our ideas and others’ ideas can sometimes blur. If we are required to have a computer-like memory for recalling the source of every snippet of information we have ever learned, every phrase that is indelibly etched on our minds, and every thought that did not originate from ourselves, ultimately we may all be found guilty of plagiarism. 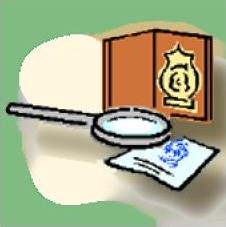