Articles
The Voice
Completing the Clampdown

Completing the Clampdown:
A News Release From Lionel T. Undershaft, III, President of the Canadian Independent Chamber of Commerce and Industry (a Wholly Owned Subsidiary of Crunk Genetics and Pharmaceuticals, Inc.)

As I was telling Bill Gates, George Bush, Osama Bin Laden, Pope Benedict XVI and the reanimated corpse of Senator Joseph McCarthy over lunch at my club the other day, the paranoid and delusional conspiracy theorists out there must be dealt with and soon. It is a truly disturbing development in the history of our great global nation/corporation when ignorant and uppity firebrands, the likes of John Ralston Saul and Michael Moore, have infiltrated the mainstream consciousness, even if only to a minor degree.

Although it is only a matter of a little time until all of the public information sources are safely regulated by the military-industrial complex, we are nevertheless facing a dangerous transitional period in which some of the unwashed and potentially-violent masses appear to be absorbing and reacting to these anti-establishment messages. I need not remind you about the rise in anti-globalization protests and anti-corporate sentiments in certain sectors of the populace. We can’t afford to forget the examples of the French and Russian upper classes.

Firstly, “Let them eat Kraft Dinner and watch The Osbournes,” is a worthy enough slogan, but we need to do more. First of all, we need to increase our stranglehold on the media. Then we need to actively get our people out there into the streets and start clamping down on them in a far more vigorous way. We need to break out the tear and release the hounds on a more or less daily basis. As long as we have complete control over what winds up in the daily news, we can be assured that all will be well.

Secondly, we need to speed-up even more the process of gutting the commie pinko phenomena of universal health care and education that have for so long plagued our great nation of AmeriCanada. Once the filthy rabble are too uneducated and sick to fight back, they’ll hardly have the energy to turn on to sing along with their favourite American Idol contestants, never mind squawk about us cutting ever more lucrative natural resources and trade deals with our good friends in Washington and Wall Street.

Finally, we need to ramp-up the rescinding of individual rights. It may shock some of you to know that our police and security forces still cannot detain citizens without due process, even if they are Arabs or gays. As the appalling David Emerson fiasco in Vancouver has demonstrated, it is still permissible for lower class scum to actively criticize their betters. As George Bush Senior once put it, “This aggression will not stand.” It is time for us to finalize the process of change that we have all been working so diligently on.

Thank you and good luck. 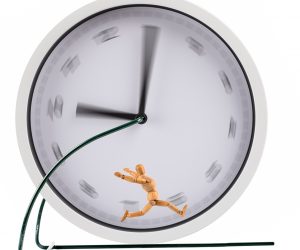 The Porkpie Hat—On Making a Living