Columns
The Voice
The Good Life – A Minor Revelation

A couple of nights ago, I went to a movie with a friend whom I hadn’t seen for several years. She drove downtown, and I offered to pay for the parking. However, when we got to the parkade, we discovered that the terms of payment were cash only. I hadn’t brought any non-plastic money with me, so my friend had to pay.

The movie theatre was several blocks away from where we had parked. I had planned to stop at a cash machine along the way, because I knew that the concession stand didn’t take debit cards. However, we started talking about old times, and as happens when old friends start reminiscing, the thought of getting cash completely slipped from my mind until we arrived at the movie theatre line-up. To make matters worse, when we finally wound our way to the ticket window, there was a sign saying that their Interac lines were down, and they were accepting cash only. My friend, who had had the foresight to stop at an ATM earlier that day, ended up paying for the film and a bucket of popcorn!

I realize, as far as life’s minor embarrassments go, that this is not a terribly huge thing. On any other day, I might have just laughed it off. However, on that particular day, I had been a bit down in the dumps. I had been sick with a vicious spring flu for an extended period of time. As a result, things had been piling up at the office in my absence. I had also missed a very important birthday party for a close friend and was feeling down on myself about that.

Unfortunately, the movie did not help lift my spirits. It was one of those feel-good dramas about a dysfunctional-but-charmingly-eccentric family. At any rate, it was a bit overly familiar, as though I’d already seen it several times before, so it wasn’t enough of a diversion to bring me out of myself. I sat there through most of the film, silently berating myself for my forgetfulness, and a host of other minor things that I accused myself of having done lately.

When my friend dropped me off back home later that night, my husband could sense that I was in a funk. Without prying about what was bothering me, he fixed me a cup of tea and we sat down in the living room. In a few minutes, the inconsequential business had all come out, and I suddenly felt a lot better. During the course of our conversation, it had occurred to me that during the course of each day of our lives, there are all these minor lessons to be learned. In this case, the lesson was the fact that sometimes it is necessary to be reminded that at times you need to rely on your friends for some help and support.

It is always easy, and far more comfortable, to be the one who is providing the help and support to others. That, after all, is one of the reasons why many of us volunteer time or donate money in an effort to help others. Unfortunately, it is not realistic to expect this of yourself. At some points in our lives, we all become reliant on others, just as if we were infants. In reflecting on this minor incident with my friend, I came to the conclusion that this is an area of my consciousness I need to spend some more time coming to terms with. I realized that I actually have quite a difficult time ever asking for help, even in such basic things as inquiring about directions. I have internalized the self-reliance messages of our society to such an extent that it can send me into a bit of a tailspin when I occasionally falter.

Fortunately, with all of the muddling about and missteps that are a part of every life, there are plenty of opportunities out there for each of us to stumble across these small revelations about ourselves. And the older I get, the clearer it becomes to me that one is never too old to learn. 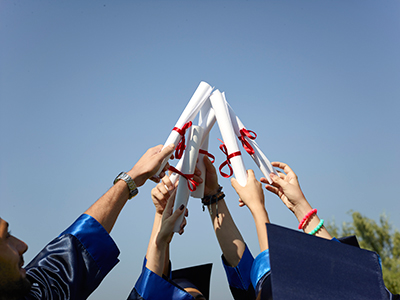 From My Perspective – Hit and Run