“Hazel, can you come out and give me a hand?” Nine little words, so much meaning.

Over thirty-three years of marriage, many of them spent farming, that seemingly simple request has meant a variety of things. Look back with me.

It has meant: I’ve had the combine apart for two days now, I’ve lost some itty-bitty (fill-in-the-blank) lock washer, cotter pin, size eight bolt, etc., my knuckles are bleeding from trying to fit my hand into a space meant for a child’s and I need your help now dammit!

It’s also meant: somehow all or part of the herd has escaped in search of the proverbial greener grass and it’s roundup time at the ol’ corral, and if my heart’s going to stop running after a bunch of finally-free cows then dammit so should yours!

Or it’s meant: there are coyotes, magpies, and a fox that are threatening our newborn calves, Buddy or the scraps in the cat dish, come quick and bring the rifle.

Over the years, it’s also meant: this feed bunk, sandbox, chop granary or whatever the current building project is, now needs a second set of hands and kiddo, you’re it. So if you can help guide this sheet of plywood through the table saw, pass me the cordless Makita drill, help me find the square, the tape measure, the two by four…

Or… can you come out for just a minute to help shovel away the disgusting, mildewing, soaked grain around the perimeter of the granary floor, now rotten because some company saved a dollar during construction by using spruce instead of fir and skimping on caulking and now the damn thing leaks. It won’t take long.

Depending on the time of year, it has meant: a heifer is in distress trying to deliver her first calf which just happens to be 100 pounds plus and not very well positioned at that and I need your help with the puller or, last resort, loading her into the trailer for that very long 50 kilometre ride to the vet clinic for a c-section.

Increasingly it’s meant: can you drive the old Dodge bale truck with the 22-inch steering wheel, no power steering, a 28-foot bale deck, and the very distinct smell of mice around the fields, so I can load some of the 1,500 hay and straw bales we made in a typical year. Just 106 more loads to go.

Several times a year it means: it’s time to corral and separate the herd into three or four groups for pregnancy testing, vaccinating, moving to distant pastures, pairing up moms and babies, and making that final trip to the stockyard.

It’s even meant: look at that rainbow. Oh, wow, there are two of them. Or, look at those northern lights.

Sometimes it’s meant: the shooting stars are in full bloom in the meadow. Why don’t you take some photos so you can paint them later? Or, hey, there are two cow moose chewing the alfalfa bales across the road, quick bring the binoculars, no, the camera.

Roy’s requests have alternately meant chaos has erupted or tragedy is imminent or this isn’t a one-person job or come share this moment of incredible beauty. These incidents make up a permanent part of my “ain’t life as a farm wife tough” or my “don’t men drive you crazy” repertoire. The re-telling to a group of farm women always brings laughter, solemn nods of understanding and agreement, and inevitable attempts at one-upmanship by telling some “you think that’s bad” stories.

But truth be told, when the tallying is done, I wonder who really owes who. Perhaps this is what marriage and partnerships and families are all about — lending a helping hand during times of difficulty or disaster, sharing the marvel and glory of God’s country, recognizing that this is, in fact, a two-way street. I, too, need and call upon Roy to help me with those things that are beyond me because of inexperience or unwillingness. For instance, I will NEVER empty a mousetrap or change the oil in the Buick. I don’t wash out paintbrushes with solvent. I don’t climb up the side of grain bins. I don’t change flat tires.

So, I promise to treat the next request with a little more understanding and go a little more willingly, because after all, I do need his help as well. Ah, life is good: What’s that?

“Hazel, can you come out for a minute and give me a hand?” Here we go again.

From Where I Sit – Improves Your Odds 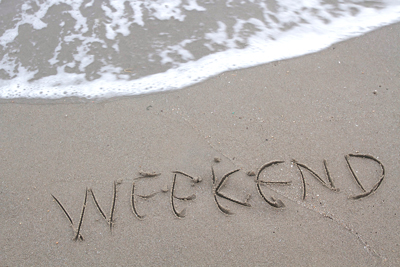 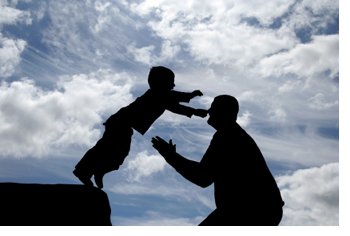