Articles
The Voice
The Price

In case it has escaped your attention, there is an ever-increasing clampdown on rights and freedoms that is being touted as necessary in order to safeguard us all against malevolent terrorist plots against our lives. Don’t get me wrong — I fully understand how urgently we need the protection of a full-blown police state. After all, the possibility of dying at the hands of an act of terrorist violence in the western world now slightly exceeds the chances of being killed by a falling coconut or gored by a wild pig. If it’s a matter of protecting my well-being as I walk down the street to go to lunch at McDonald’s, or to buy my cigarettes at 7-11, I would gladly accept the probability of being truncheoned about the head and shoulders if I should forgetfully show up with a tube of toothpaste within a mile of the airport.

The problem is, I have a horrible feeling that I’m going to find myself increasingly on the wrong side of this clampdown. Strangely enough, throughout my life, I have found myself running afoul of minor authority figures, such as school prefects, librarians, by-law enforcement officers, the fraud squad, emergency response teams, and the like. Although I do not personally have any sort of a grudge against fascist wankers who want to curtail my personal freedoms (and in fact, I have a great deal of respect for the important role that such personages play in maintaining order within our society), I am sometimes perceived as having a rebellious or contrarian nature.

Recognizing this perceived (but unfounded) lack of respect on my part for authority figures, I have come to the conclusion that I must take extra care to be an upstanding citizen, a ramrod-straight pillar of society. From this point on, I will no longer indulge in acts of public celebration or frivolity. I will not attend protest rallies or block parties. When confronted by police and soldiers, I will speak when spoken to. I will not raise my voice or spout unorthodox political views. I will keep my lawn neatly trimmed and my opinions to myself. I will not ask awkward or embarrassing questions of the powers that be. I will keep a list of names of the people I know who engage in suspicious activities. I will walk with my head down and avoid direct eye contact with others.

It’s the price that must be paid for liberty.

Editorial – The Social and Cultural Significance of Borscht, Part II 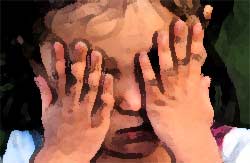