Articles
The Voice
Woke Up Hungry

I woke up hungry this morning. Fixed myself toast and waffles. Fat sausages glistening on the plate. Pale yellow egg yolk running all over.

But I was still hungry. You ever had that? You know what I mean?

But I was still so very, very hungry. You ever had that? You know what I mean?

Then, I figured if it’s not pretty things that I’m so hungry for, maybe it’s the big experiences of life, you know? So I bought myself a big black car, and I drove around the world. I visited jungles and strange cities. I smoked opium and drank Mai Tais. I bought sex from starving children, and took digital photos of volcanoes. I ate human flesh from all-you-can-eat buffets.

But I was still so very hungry. Know what I mean?

And all of a sudden, it came to me. I am pure hunger. I am hunger itself. I have no name. I have no face.

In a frenzy I began to eat. And I saw that it was good. I gnawed like a rat through telephone books and electrical cables. I ate whole fields of wheat. I ate paving stones and bicycles. I ate bonsai trees. I ate my television set and my two-car garage. My mouth was a buzz saw with diamond-hard teeth. I tore through skyscrapers and armoured cars. I ate freighters in the bay. I ate the winter wind. I ate Tokyo and Bombay. My mouth was a terrible, glistening maw, blood red and savage. My hunger filled the sky. I ate your family while you were on holiday. I ate the love that you gave me. I ate libraries full of books. I ate sun dogs and cumulus clouds. I ate shadows and ghosts. I ate the outer arm of the Milky Way. I ate good fortune. I ate history. I ate time. I ate all the tortured souls in all the circles of hell. I ate God.

And then, when there was nothing else left, I ate myself. I was like that snake, the one that swallows its tail. I grew smaller and smaller, an ever diminishing circle, until I completely disappeared inside my own stomach. A speck. A dot. A small dark space. And empty still. 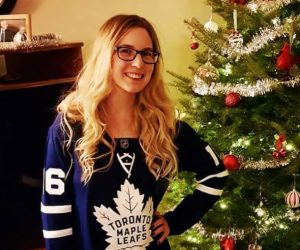