Today, the U.S. has suffered its third shooting in one week, with a particularly horrific incident in a one-room Amish school in Pennsylvania. A man who called himself “Roy” walked into the school earlier today and told all the male students to leave the schoolroom. He then tied-up the girls and opened fire. The death toll has not been confirmed at this point, but it is estimated by CBC that three to five children were killed and four more are in the hospital in critical condition.

None of the injured children’s parents have access to vehicles. Therefore, they must rely on social workers to arrange for transportation to the hospitals where the kids have been placed. As a culture that rejects modern technology, the Amish community had trouble contacting emergency services and communicating the news of the attack.

The school is based deep in the American Amish country, and as such has been thought immune to gun crimes such as this. The perpetrator, Charles Roberts, was not Amish and has been described by police as acting in revenge for an incident that occurred twenty years ago. There is confusion surrounding the motive, and since the gunman killed himself after the girls, it is very difficult to determine what provoked the attack.

Pennsylvania recently reformed legislation to tighten up gun laws, however the state and the country remain largely in favour of the right to bear arms. Gun crime is forever on the rise. Most of us understand the logic behind this right to own dangerous weapons — to a degree. In fact, worldwide there are constant protests, many in the U.S., for rights and freedoms such as these. But it is obvious that not everyone can deal with the huge responsibility of a deadly weapon. Maybe the problem is not the fact that Americans or Canadians can legally own and operate these weapons at will, but the fundamental fact that a thing like this exists!

Sure, this is clear enough, and yet we continue to produce, sell, own and operate all kinds of guns. It seems that based on our actions on the whole, humanity simply doesn’t care enough to stop gun crime. If it did, guns wouldn’t need to be outlawed. They just wouldn’t exist.

Dear Barb—Living in an Amish Paradise 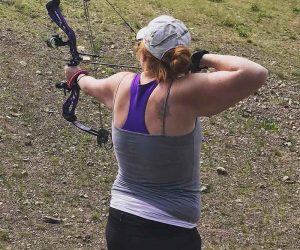