On Monday at 10:36 a.m. local time, North Korea performed its first nuclear test on its own soil. The international community has since been subject to media images of the North Korean army marching in an alarmingly Nazi-reminiscent style. Now the United States, among other nations, has called for immediate sanctions. The U.S. has been the most vocal government against the nuclear program in North Korea. George Bush has circulated a Resolution draft calling for the United Nations to approve the proposed sanctions. For the moment, there is no formal talk of military action against North Korea, as led by Kim Jong-il. This is a relief to nearby Asian countries who are searching for a peaceful resolution to the perceived threat.

According to South Korea’s Yonhap news agency, the nuclear test occurred near Kilju, and it has reportedly gone well for the North Koreans. Nuclear capabilities of their northern neighbour have not gone down well with the South Koreans, who consider the test posits a grave threat (CBC news, October 10, 2006). China and Japan have issued similar statements, calling for fast action in dealing with this military threat from the tiny country in their midst.

Lui Jianchao, spokesperson for the Chinese Foreign Ministry, has said that, “We do not endorse any military action toward North Korea. We are firmly against that” (Ibid.). China is actually a North Korean ally, however the nuclear move has not impressed the communist government and China has been advocating sanctions along with the United States. According to Bush’s Resolution draft, there would be an international ban on trade of military and luxury goods with North Korea, as well as a limiting of financial dealings. The draft has not been accepted yet, but it is looking likely that the UN will support the Resolution, at least in part.

Japanese Prime Minister Shinzo Abe is another nervous Asian leader following the new nuclear capabilities of the traditionally unstable North Korean nation. His own country has placed an outright ban on nuclear weapons of any kind. After the tests, the international world has been questioning whether or not Japan may reconsider that stance, since there is a threat so nearby. However, the Prime Minister has said, “We have no intention of changing our policy that possessing nuclear weapons is not our option. There will be no change in our non-nuclear arms principles” (Ibid.).

Stephen Harper describes the incident as an “irresponsible and dangerous act” (Ibid.). 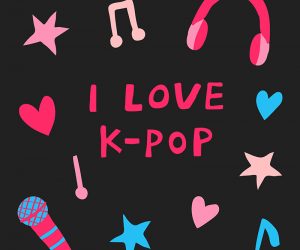