Articles
The Voice
Health Consciousness – Ban the Trans: These Sorry Lipids Should Go Away 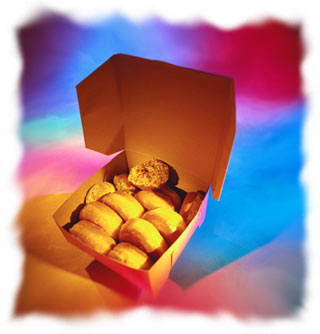 As the adage goes, an apple a day keeps the doctor away ? and now, the Big Apple is set to improve its own health, as New York City recently took a big step in the recent health controversy surrounding trans fats, voting to ban trans fat in restaurants. Although criticized by some as government overstepping, other governments ? municipal and hopefully national ? would do well for their citizens by following Mayor Bloomberg’s health-conscious actions and remove this needless, easily-replaceable product from North American kitchens and store aisles.

Trans fats are partially hydrogenated oils that were developed as a healthier, cheaper, and longer-lasting alternative to fully saturated solid fats like lard. “Healthier” no longer applies, as recent studies show that these artificially hydrogenated fats are more harmful than their saturated cousins. These fats are found in natural sources, but most of our intake comes from man-made sources ? partially hydrogenated oils that remain essentially hidden from view unless we pay close attention (and restaurants keep its use even more hidden). While both fats increase bad (LDL) cholesterol, trans fats have the additional negative effect of decreasing good (HDL) cholesterol, as well as raising “triglycerides … and causing arterial inflammation: a quintuple whammy” (according to Men’s Health)(1). According to the Harvard School of Public Health, the “combined effect on the ratio of LDL to HDL cholesterol is double that of saturated fatty acids,” and that “approximately 30,000 premature coronary heart disease deaths annually could be attributable to consumption of trans fatty acids.”(2)

We would all benefit from “bans on trans”. Conveniently, the trade-off is almost one-sided, as replacing these fats with healthier oils would retain the same flavour in foods, while barely affecting producers’ costs. Consumers benefit; producers lose little if at all, as the NY Board of Health believes that a ban would be “cost neutral”, since alternatives could be found “at the same price”(3).

Critics of a ban cite an uncomfortable infringement by Big Government on industry and consumer freedoms. On their site Trans-FatFacts.com (think of a jolly pro-tobacco site if the Internet existed in the 1950s), the Center for Consumer Freedom — a group funded by food companies and restaurants — offers a quote from a marketing strategist, saying, “There’s a reason why consumers like partially hydrogenated oils. Let’s face it?fat tastes good” (4).

The logical progression here is that consumers should be free to drown in trans fats, because fat tastes delicious. No mention of the fact that trans fats are easily replaced by natural fats, or that consumers don’t particularly “like” trans fats ? they like fat, period, and won’t notice if one is replaced by a similar, healthier version. (Pro-trans fatties, pardon the phrasing, have no qualms about scaring consumers into believing their favorite foods will be banned altogether if trans fats are regulated.)

While the hype over trans fat may be overblown ? it is not toxic, nor will it erode our lifespan if we eat a burger or cupcake or three ? countervailing arguments are often exaggeratory. For instance, a Jackson Citizen-Patriot editorial worries, “the trans-fat Nazis will have to pry from our cold, dead hands this newsroom’s once-a-week dose of [trans fat-containing] doughnuts.” The editorialist believes that government action against trans fats is a “trend worth watching — perhaps even fearing.” (5)

The trans fat Nazis want to help you and your children, dear; your donut will remain, it’ll just be better for you. Those fascists!

Further, a January 11th Washington Times editorial reads, “The nation’s food zealots have taken a page from their anti-smoking counterparts. They’ve started out with a small target — a ban on restaurant use of trans fats. Here’s what I predict is their true agenda: If banning a fat that’s only 2 percent of our daily caloric intake is wonderful, why not ban saturated fats, the intake of which is much higher?”(6)

Such a slippery-slope argument is fallacious, as is the “consumer freedom” argument, which actually refers to corporate/restaurant freedom at the expense of consumers. Certainly, saturated fats cannot be banned unless meat and essentially food in general, is eliminated ? quite unlikely. Critics characterize a ban as an assault on individual freedom and liberty, essentially a Health Jihad on North American cuisine. They refer to Big Brother; “food zealots”; at the root is a distrust of government. A libertarian can appreciate the government’s banning of harmful chemicals from our water; only the government can rid our food supply of useless, harmful trans fats. The science is behind them, as are citizens’ interests.

Consumers could make their own choices, of course ? but information is not easily available from restaurants, nor is everyone capable of making an educated decision. Labeling requirements are beneficial, but this isn’t a great leap from banning the fats outright, and is quite expensive.

Another argument against banning trans fats is that the science isn’t clear or settled. Writes the Center for Consumer Freedom, “the science about trans fat is less clear than Big Brother would care to admit” (7). Indeed, science is never as clear as it could be on some issues ? but if our health is on the line, why should we wait for further validation? The science is quite clear: artificial trans fats are worse for us than natural ones (through the previously-noted “quintuple whammy”).

Finally, the larger point that industry groups are missing in their perceived quest for minimizing costs is that giving consumers confidence that their food is free of trans fat can only increase sales, which may even lead to increased profits.

Sometimes, Big Government (to adopt the critics’ terminology) does have citizens’ best interests at heart. So does Big Science. And sometimes, Big Food doesn’t ? and this is one of those times. The public has already won in New York City, and other jurisdictions and nations should follow. Consumers will remain just as free to eat fried chicken or doughnuts, manufacturers and restaurants will adapt quickly and inexpensively, and we’ll all be better off health-wise. The incorporation of trans fats into our consumer culture was a mistake ? and it’s time that it was corrected.

Rob Fursiewicz was recently awarded a Bachelor of Science degree from the University of Alberta, and is currently working towards a B.Management degree at Athabasca University. He can be reached at rf1@ualberta.ca.

Why You Shouldn’t Be Eating Instant Noodles Every Day

A Healthy Heart is a Happy Heart 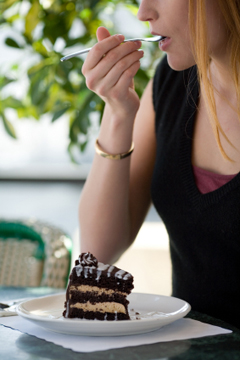