Columns
The Voice
The Good Life – Enough of the Horror

And so it begins. I’m talking about the news coverage of the Robert William Picton case. As you are almost certainly aware, Picton is the man accused and currently being tried for the murder of six women who had disappeared from Vancouver’s notorious Downtown Eastside. It is an immensely long and complex trial, and because of this, we can expect many months of court testimony and deliberations, much of which will be extremely gruesome and disturbing. What this means is that we, the news-watching public, will be assaulted with graphic reports of human brutality numerous times each day. Our televisions, radios, newspapers and magazines will all be brimming over with horror. Unfortunately, at least some of this horror will be strategically presented to enhance the ratings and market share of the media who are presenting it.

I am not saying that we should all be kept in the dark about what is happening in this trial. Of course, this case is of tremendous significance, and the public has a right to know what is going on. I do, however, object to some of the macabre details that are presented over and over again. I simply don’t understand how these graphic depictions help us achieve a greater understanding of what happened.

In a more general sense, I worry that this media bombardment is contributing to an overall hardening of our emotions. When we are continually surrounded by depictions of brutality and cynicism, how do we stop our essential humanity, our empathy and sensitivity, from being eroded? How do we know that all this vicarious darkness we are witnessing does not ultimately lead to a dimming of our own light?

When I was growing up, it was a commonplace aphorism that “you are what you eat.” Now, I would make the claim that you are what you watch and what you listen to. Many of us would not tolerate the company of someone who dwells almost exclusively on discussions of wickedness and negativity. Nor would we leave the front doors of our houses open for anyone and everyone to just wander in and sit in our living rooms with us. Yet very few of us give a thought to leaving electronic portals of our lives open to the toxic messages the media are sending our way.

Does the Picton trial matter? Absolutely it does. It matters because we need to be aware that evil exists. But surely it does not warrant the poisonous tsunami of information that is being generated. What happened to the victims of this crime is unimaginably terrible. But there are so many other stories out there, stories that involve hope and redemption. These stories so seldom get told. But I, for one, am ready to listen to them. In the meantime, I’ll keep my mainstream media viewing to an absolute minimum. 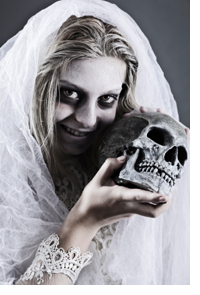