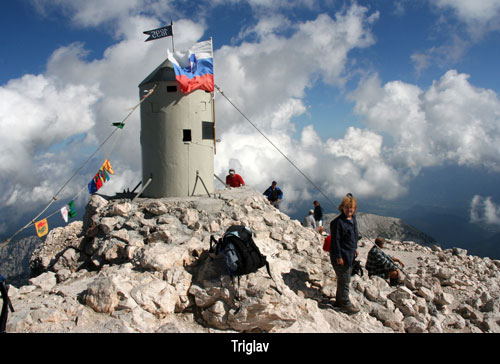 As my studies in translation are surprisingly fast approaching their end, I decided it was the right time for me to put my knowledge of French to a final test. I live in Slovenia, a small European country, where students, at least many students that I know, take great advantage of the Socratus-Erasmus progam for student exchange. Looking at the list of European universities I could choose from, the choice was quite obvious to me. For a year, I would trade one capital, Ljubljana, for quite a different one, Paris.

Before I started preparing for my adventure, my mother and I took advantage of the impeccable weather and went to the mountains for several days. I stood on the peak of Triglav, the highest Slovenian mountain of about 9,500 feet, for the first (and hopefully not the last) time in my life. The very last part of the climb was really steep, and although there was a steel rope to hold to almost all the way up, I was scared as never before. The numerous memorial plates commemorating those who have died on that mountain, because of lightning or because they slipped, didn’t help much. But once we reached the top, I could finally look up and around. Above me there was nothing left but the blue sky. Around me there were pure white rocks and green woods deep beneath them. For a moment, I felt I was indeed standing (almost) on top of the world.

After my adventure, I left for Paris. I remember flying over the Alps and seeing the exact path I took with my mother during our trip. Not surprisingly, one of the first things I noticed about Paris and its surroundings was how amazingly flat it is. Even though I have visited France before, that detail somehow always slipped from my mind. Although, when I had to carry my two backpacks (that were so packed they were about to tear open at any time) up and down the stairs in the metro, I wished Paris were even flatter. 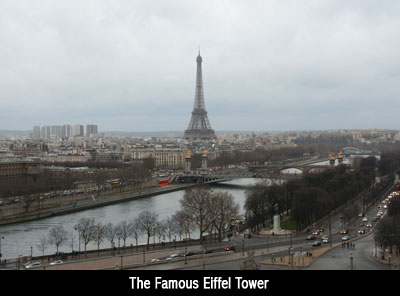 I was glad my boyfriend and I had found a studio apartment in the summer. We made a special trip to Paris just for this occasion. We had only a week to find and rent some place where I would stay and he would join me after his graduation. Luckily, we signed the contract just a few hours before our flight back home. It turned out to be a smart decision. Trying to rent an apartment in Paris is an unforgettable experience and even more so if you are a foreigner. Either you need sombody to guarantee for you (and he or she has to be Parisian, but how many Parisians do you know if you’ve never lived there?) or you need to have a lot of money to pay two months caution and three months rent in advance. As well, there is an estate agency fee. But we somehow managed and eventually I had a studio all to myself in the calm thirteenth arrondissement of Paris. 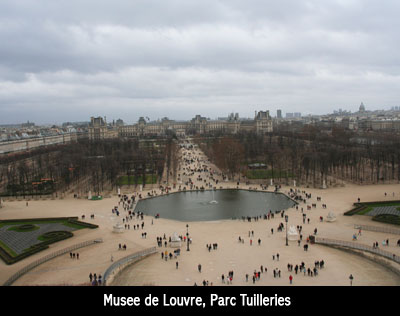 The next step was getting a bank account and the notorious RIB, the longest bank account number I have ever seen. There must me something magical about that number, as I soon realized it opened many previously firmly closed door. With RIB, I could get my own phone-TV-Internet package, just like that. I could also obtain financial help from the French government in order to pay the rent by sending a simple form and, of course, my RIB. Things seemed to run smoothly, but every now and then there my day was nevertheless spiced up by some bureaurocratic surprise. Once I called the estate agency, with which I could communicate instead of the owner, and as the conversation was almost over, the lady on the other side of the line remembered to ask casually, “Have you already arranged with EDF?” I had no idea what an EDF was. I was later told that it was something to be automatically arranged by the agency. I now know that EDF refers to the national electricity company.

After a week or so of freedom to wander around the city and discover the many small, but charming parks, alleys, and galleries, it was time to go to the university. The university I am officially going to is in the suburbs and I arranged to take some courses there. But that didn’t stop me from going to one or two other universities in the heart of the city. One university I visited was the famous Sorbonne, where I took Philosophy of Language and Philosophy of Mind courses en auditoire libre, The other university I visited was EHESS (note, the French love wine, good food, acronyms and abbreviations). EHESS stands for Ecole des Hautes Etudes en Sciences Sociales (translated as a school for social sciences), which is equivalent to universities, but the fact is that people who have graduated from an Haute Ecole have a greater opportunity of finding a job after completing their studies. I was surprised to learn how easily I could study for credit at this school. It would only take a filled completed application and about $300 (USD). However, I did not dare challenge that simplicity. I also took Linguistic Anthropology, another course that was available through a classification as “open to audience.” 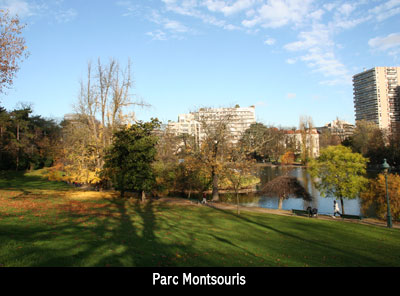 So I started running up and down the metro, catching one course after another, but still I managed to find some time to lurk about in one or another café, scrupulously observing the locals from behind my newspaper or freshly acquired book. Slowly, but persistantly, their habits started arranging my daily life. I learned I had to get up and get out of my flat before 11:00 a.m. if I wanted some peace and quiet with my morning coffee in one of those French-as-they-can-get cafés. At noon, Monday or Sunday, lunch is served. I, however, was usually served only a few unfriendly looks, since I was sitting there with my empty coffee cup for way too long, depriving some hungry local of a sunny spot. Space is money.

Meanwhile, the leaves of maple trees by the sidewalks and the birches by the muddy Seine turned bright yellow, looking like a thousand little shining suns against the grey cloudy sky. 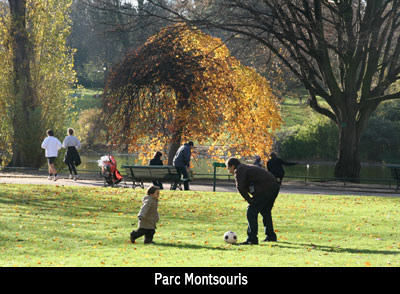