Would you like to familiarize yourself with events in Aboriginal justice? For this purpose, Athabasca University (AU) recently released INST 348 (Aboriginal Justice). INST 348 is a third-level course, which provides students with a solid foundation of the “issues facing Aboriginal communities and community members,” as stated in a recent e-interview by Priscilla Campeau. Ms. Campeau who works at AU’s Centre for World Indigenous Knowledge and Research.

In INST 348, students will explore a variety of themes related to Aboriginal people and the current Canadian justice system. The course studies are spread over nine action-packed units.

The first unit discusses Aboriginal peoples’ over-representation in the Canadian criminal justice system. Students will become familiar with Canada’s Royal Commission on Aboriginal Peoples, as well as the Cariboo-Chilcotin Justice Inquiry and the Manitoba Justice Inquiry. In addition, students will explore traditional Aboriginal ways of dealing with justice issues. Students will contemplate the “differences between Aboriginal and Canadian concepts of justice,” said Campeau. She added that INST 348 students explore the “root cause of [Aboriginal] over-representation” in the criminal justice system. Students learn about imprisonment alternatives and associated statistics.

Unit 2 explores the Canadian justice system in detail. Campeau indicated that students discuss the roles that our Canadian government plays in the “administration of justice as it pertains to Aboriginal peoples.” Topics touched upon in unit 2 include the administration of charges, trials, sentencing, and release of the allegedly guilty person. Cultural differences are emphasized. Traditional Aboriginal justice methods are presented. Lastly, Campeau indicated that the “role of addictions as they contribute to incarceration rates” are detailed.

Unit 4 discusses gender differences. Unit 5 addressed the effects of racism on the workings of the Canadian justice system. The gender differences discussed include abuse of women and children, as well as components of Aboriginal feminism. Support programs for Aboriginal women and children are detailed. Unit 5’s focus enables students to explore the human rights code for Aboriginal people and become familiar with the Donald Marshall, Jr. case and the resulting Marshall Commission Report. Students explore the Elewaki Compact to Aboriginal justice and the Crawford trial. Lastly, students contemplate the interplay between the media and Aboriginal people.

Unit 6 gives students the opportunity to focus on the actual sentencing of Aboriginal people, including sentencing options, and the “information available to a judge in determining sentence length.” Sentence standardization is discussed, as well as the role of culture. Campeau also listed other topics discussed in unit 6, including probations, the “fine option program,” and pre-sentencing reports. Additionally, students learn of the “Aboriginal Justice Inquiry of Manitoba recommendations.” Students learn of how restorative justice and community input can impact situations.

Unit 7 explores sentencing alternatives. Campeau mentioned that students will explore the “difficulties facing Aboriginal people in establishing and operating sentencing circles,” as well as the creation of sentencing alternative programs, such as the Hollow Water Community Holistic Circle Healing program. The “role of Elders and community members in sentencing” is also detailed. In unit 7, students learn about the positive effects of meditation.

In units 8 and 9, students explore the potential ways that the Canadian justice system could be more receptive to Aboriginal culture Justice as “self-determination” is studied. The work done by the Aboriginal Ganootamaage Justice Service of Winnipeg is observed, as well as diversion programs, the roles of elders and traditional healers, youth facilities, and the parole system as related to Aboriginal culture. The concept of justice is built upon in unit 9 where students can ponder “obstacles to healing,” the impact of using Aboriginal languages, as well as “cultural initiatives and family politics.” Parallel justice systems are discussed, in addition to “jurisdictional ideas, crime prevention approaches” and various community justice programs.

INST 348 was created by two Aboriginal lawyers, Sheldon Cardinal and Beverly Jacobs, who work with the Assembly of First Nations and as the President of the Native Women’s Association of Canada, respectively. AU’s Centre for World Indigenous Knowledge and Research is actively involved in Aboriginal Studies courses, including INST 348. The Centre consists of four dedicated Aboriginal women (Tracey Lindberg, Winona Wheeler, Evelyn Redcrow and Priscilla Campeau), as well as one Aboriginal Elder (Maria Campbell). These five women form the Nehiyiwak Caucas (Cree for the “Peoples’ Caucus”), which is a “consensus-driven centre,” according to Campeau.

For more information, visit the course syllabus at: http://www.athabascau.ca/html/syllabi/inst/inst348.htm. 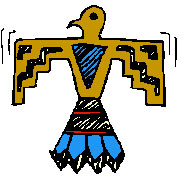