When a stripper from Vancouver was diagnosed with cancer and eventually died, her friends decided to start raising money first for her and then for cancer charities. They felt that it was the best thing they could do to honour their friend and support research towards the eradication of cancer. They made a few thousand dollars every year and yet when the time came to offload the funds to a charitable organisation, they fell continuously short. It seemed that no cancer charity wanted to accept a donation from a group of strippers.

Now this sounds familiar. Does anybody remember that scene in Gone With the Wind when the old-fashioned prostitute named Belle Watling tries to donate money to the Confederate Army and is refused by everyone but sweet little Melanie Wilkes? Strikes a chord, doesn’t it? Churches won’t have it, fictional Civil War armies won’t have it, and the Breast Cancer Society of Canada apparently won’t have it either. They do not want dirty money! It turns out that the Breast Cancer Society simply didn’t want to be affiliated with any group called the Naked Truth, despite accepting the money the first year it was offered to them.

The following year, the girls of Naked Truth received an email of polite declination from the Breast Cancer Society. The Society’s Executive Director explained that “they have other major donors that do not support the connection to exotic dancers and that we were too controversial a source” (Ricketts, 2007).

The girls of Naked Truth were understandably astounded at this change of heart by the Society. It seemed to be the ultimate example of closed-mindedness in a modern nation. Spokeswoman for the Naked Truth, Trina Ricketts says that if the Society wants their money next year because of the flood of hate mail they’ve been receiving on the girls’ behalf, she’ll have a tough decision to make.

So no charitable donations from strippers, eh? Can we still take them from Jews and Buddhists? What about people who eat meat or who are morally questionable businessmen? Let us know; we’ll fix ourselves accordingly in the name of charity. 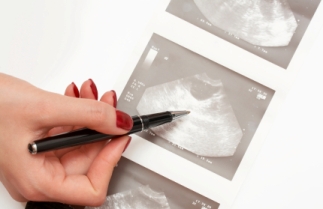