Columns
The Voice
Lost & Found – A Box of Chocolates

Mama always said ‘Life is like a box of chocolates…you never know what you’re gonna get”.
?Forrest Gump

Turkish Delight: the dirty, drunken, drunken, dangerous liaisons in the back of the ’76 Duster on the side of Mount Seymour Parkway. We were wicked and wanton. We were lonely and stupid and stoned and afraid of the things we imagined were coming our way. By way of healing, we drenched ourselves in Neil Young and the cheapest Russian vodka. We weren’t much good at planning. We had not much that was useful: no common sense, no money, no rubbers. Neither one of us expected to live to be older than forty. One of us was right.

Raspberry Sensation: the night I got evicted from that apartment overlooking Stanley Park. Walking Jenny around outside her apartment building at four in the morning because she thinks she’s OD’d on acid and coke. Our friends are crowded onto the balcony twenty floors up, throwing paper airplanes down at us. Even from down here, I can hear Prince singing Raspberry Beret on my stereo. I see the landlady’s face looking down at me with a terrible sort of judgement in her eyes. When Jenny started to come down, we walked to the beach, and she fell asleep with her head on my shoulder.

Vanilla Centres: those endless fucking days spent working for the insurance company. There were all those purgatorial lunch hours in the cafeteria downstairs, plotting with co-workers over syrofoam coffee and tuna fish sandwiches on soggy white bread. There were unrealistic plans for starting a new life somewhere. There were grim Guy Fawkes daydreams filled with poison-pen letters to the boss and packages of roach powder surreptitiously poured into the chamomile tea of that wanker from human resources.

Parisian Truffle: all those hours spent sleeping on trains that smell like tobacco and farts because we couldn’t afford a room. Pretending we were being followed by shadowy assassins, we ducked down dodgy alleyways. We ate greasy duck sandwiches in Venice and lamb pies in London. We got pissed in Canterbury and I threw up outside the cathedral. In some shitty waterfront bar in Brighton or Torquay, I talking smart to some prick in a satin jacket, and the next thing I know I’m flat on my back and seeing stars. I loved Paris, because it was so filthy and alive. 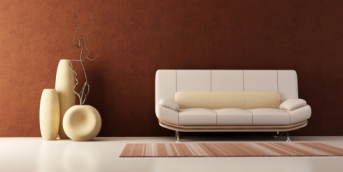 Slice of Life – Singing the Praises of the Simple Life