Columns
The Voice
Music To Eat Lunch To – Joel Kroeker: Closer to the Flame

Country albums aren’t generally my kind of thing, but I’ve tried (as always, of course) to be objective on this one. Listening to Closer to the Flame brought me back to my childhood, when country was all I would listen to. Oh how my taste has changed! Now, country music seems only to have a place on melancholy days when a person is packing a suitcase to leave someone and catch a flight back home. Fortunately, (I use this term very loosely) this is exactly what I was doing when I put on the album.

Joel Kroeker’s music has been described as folk, alternative and even bordering on jazz, but the album struck me as a pure member of the modern country genre. It’s somewhat moody in its tackling of personal and global emotions, with sombre and muted melodies that carry Kroeker’s voice; true, maybe more tinted with “alternative” or “folk rock” but still able to work within the confines of a country record. If he wore a cowboy hat, few would question it.

What really does set this apart from the average country album that the songwriter has travelled the world and used incredibly diverse and sometimes troubling images to create these songs. He says that “as a songwriter it’s helpful to travel because you find inspiration in different places” (http://www.joelkroeker.com/bio.html). From Israel, Europe, the Middle East, Mexico, New Zealand and his home town of Winnipeg, Kroeker has prided himself on seeing the underlying emotions in individuals and in cultures both young and new. He believes that with Closer to the Flame he has succeeded in creating songs balanced with gloomy realities and positive attitudes.

Despite the album being played in the very definition of the right time and right place, Joel Kroeker failed to gain a quiet fan in me. Although I did appreciate the country twang mixed with sad vibes because they seemed appropriate for my current situation, I still have to say that the album isn’t generally enjoyable for me. I appreciate what the songwriter has understood about the world, but I don’t really feel those thoughts coming through in a tangible way. Sad country and folk albums are commonplace; to truly express a wider worldview it might be necessary to step out of the genre a bit more and experiment with the music itself. To hear Joel Kroeker speak, you might imagine his music to be full of life and answers. To hear his music, you might just as easily imagine that his songs are downcast because of purely personal issues, not because he carries the weight of world knowledge. It’s a shame. 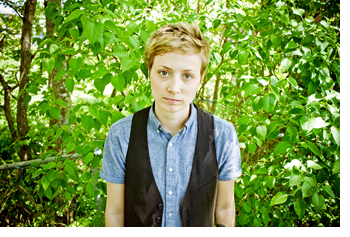