Articles
The Voice
Journeys – Getting Educated While Travelling the World 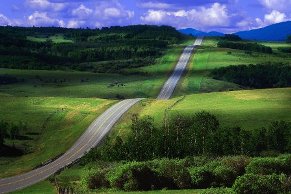 Flexibility has always been an issue for me. I am a free spirit who likes to break through the cage when I feel so inclined. Trouble arose when it was necessary for me to get a degree to enable myself to continue as an English teacher in Asia.

Over dinner in South Korea, a Canadian friend of mine proposed the idea of becoming an Athabasca University student, a concept that was foreign to me. An education offered online? This all seemed perfect for my lifestyle and it turned out to be true!

Two-and-a-half years and seven countries later, I had completed my bachelor of arts in Management and had started running my own business online and in the ?real? world.

Reflecting on the experience with AU has given me a new-found appreciation for what is possible in life when we are determined to believe in ourselves and devote our passion to a direction that betters ourselves. I find most of the difficulty arises with the balance of Eastern philosophy and Western economy. In other words, being able to live in the Western world while not being consumed by material desires and demands.

AU gave me the freedom to accept some Western responsibility while travelling where my heart wanted to be. Oftentimes in my past I had found the Canadian education system to be restrictive and I was constantly torn between the expected and the desired paths; a push against a force that was stronger than me. After completing two diplomas in community college I had practically burst at the seams from study overload and decided to travel the world. Four years later, the education system would catch up to me again when I was required to obtain my degree from AU.

How would I follow my dreams of travelling the globe and still pursue a higher education? AU was there.

The freedom to roam with textbook in hand was a liberating combination of education and travel. Days were spent living among the people of Asia, experiencing the sights and sounds of a world I had previously known in other lives yet hadn’t experienced in this. I would take my notes to a restaurant or café and prepare for a session of studying. The locals would stand near to look over my shoulder, searching for a word that would jump out as familiar to them. They would stare at the papers for what seemed an eternity, and I would take moments out to ponder what must be going on in their minds. ?The writing looks so foreign?; ?I wonder if it is English?; ?Why is he reading that in my restaurant?? were some of the thoughts I had.

Nights were spent under some odd lighting arrangements or by candlelight. I remember lying in my hammock on the porch of a bamboo hut, while the ocean spray would dampen my text and I would think to myself, ?If this is university, then this is something I can handle!? The hours would creep on and the world within the pages of the text would become other-worldly, like a distant memory of a world I had left behind but was still connected to through the subject on the pages.

Flights were another perfect time for studying. This afforded dedicated periods of time, ranging from six to 13 hours at a stretch, where the occupants of the vessel would kill time by watching movies, reading papers, sleeping, or strolling the aisles when the fasten seatbelt sign was off. For me it was a refuge from the intensity of travel; a refuge from the locals watching, from the distraction of the surroundings trying to take you away from studying. There in the plane it was a time of solace and the ability to escape. What else was I to do but study? The more studying I could do on the plane, the more time I could use to see the sights and experience the sounds at the next destination.

Delving into a textbook often meant delving into the mentality of the Western world, of government organizations and the to-do list of an international manager. But as the eyes left the page it was as though a veil of secrecy had been lifted.

There I was in Asia, living the life that was vaguely explained within the textbook, seeing the way people lived, which gave me the practical experience to understand the written word.

Standing with textbook in hand, open to the pages of the trials and tribulations of the 1997 Asian Crisis, the collapse of markets, and the ensuing struggle to repay debts, I was actually there in the affected country. I was able to look into the faces of the people there, to see the light and love of those that seemed to have so little. I paused and it hit me. The pages spoke of numbers and legalities but now I was seeing the effect on the actual people.

AU was freedom to me. I was able to accept the responsibility of education while embracing the real-world dynamics. 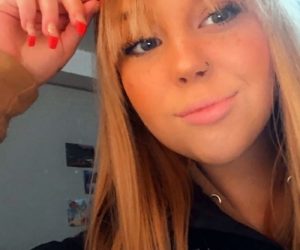 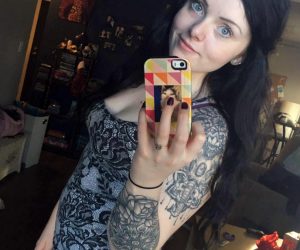