Nine million adult learners also forgotten in the “budget for everyone”

“With over one million students in Canada, this budget directly affects only one thousand,” said Savoie. “There’s more money to attract students from other countries than to increase access for prospective Canadian college, apprenticeship, undergraduate, medical or law students combined.”

Savoie dismissed the minor tweaks to the RESP system, which offer no benefit for parents who cannot afford to save, or who can make only modest contributions.

“We have $40 million for high-income parents of young children, and $0 for low and middle-income students and families who have to pay tuition this September,” said Savoie. “We’re unfairly asking many parents to choose between feeding or educating their kids.”

To make matters worse, students were explicitly excluded from the Working Income Tax Benefit, even though hundreds of thousands of students have to work full-time to afford their tuition fees and lower their eventual student debt.

“There is no plan for student debt, no plan to ensure that the expiring Millennium Scholarship funding remains in the system as needs-based student grants, and no plan to make education more affordable for low- and middle-income families,” said Savoie. 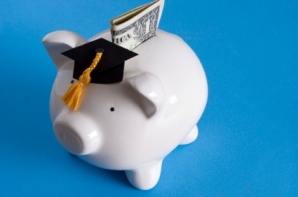