Mutiny. The mid-nineties, killing time in the faded cafeteria of Calgary’s Viscount Bennett Centre for another excruciatingly dull 90-minute time-wasting lunch break. Usually, between classes, we go our separate ways but today we share a table and huddle in conspiracy.

“If we all ask her to change the book, she’ll have to,” is the consensus.

“I couldn’t get through the first 20 pages,” moans the single mother who always wears the same ragged tweed suit.

“It’s slut literature! I’m not having this in my house with my children,” rails the skinny Jehovah’s Witness who hasn’t read a single page, and won’t. He’s scaring me a little.

“It’s awful–how can anyone read this!” echoes around the table.

Ten classmates, adult upgraders, not much in common, but united in mutual revulsion for the slim novel assigned for our first theme. All except one. Me. I’m lazy and a quick reader, so I haven’t bothered to crack the book yet. Now, though, I can’t wait. Can it be that bad?

In the end they chicken out. All but the Witness, who stands up in class and berates our teacher about her poor choice of literature–a book that he’s heard is immoral and damaging to children (no, he’s not going to read it. He won’t expose himself to blasphemy. Besides, his congregation has condemned this novel to the fires of censorship). Whatever.

The teacher, no older than most of her students and younger than a few, wavers. She’s intimidated and a little scared. She capitulates. The angry man won’t be subjected to disturbing thoughts. He’ll be permitted to write his theme on Lord of the Flies–that ubiquitous tale of an adolescent utopia where individuality and creativity are freely explored on a verdant isle without adult intervention. Angry man is pleased to be reading about children and morality.

On the other end of the spectrum, I too stand alone. The book has enthralled me and begun a lifelong enchantment with the works of Kurt Vonnegut, though that first novel, Cat’s Cradle, will remain my favourite and shape me in immeasurable ways.

Vonnegut was best known for his unconventional style. His novels progress as a series of literary scraps joined in a network of unconventional timelines, his narrative incessantly sidetracked as it meanders with abandon through Vonnegut’s id, a network of asides, reflections, and self-indulgent snippets and snipes aimed at anyone from the leader of the free world to one of Vonnegut’s grade school chums.

Many have emulated his unconventional style, but few do it well. Often it’s an excuse to avoid learning the rules of writing: the tedious drills of syntax, grammar, punctuation, and citation. But Vonnegut knew what my 12th-grade English teacher always emphasized: that you can’t begin to break the rules until you become a master of them. Vonnegut knew how to write, and he wrote very well. His kaleidoscopic style was deliberate, skilful, and effective. He was one of the last true literary craftsmen.

Today, political and social commentary is delivered fresh daily, with the immediacy imperative of our information generation. There is no time to collate or compare, to study or synthesize. Those who write about the state of the world or man prefer immediate formats: blogs or radio, television or IMs. You too can have the news of the world beamed to your cellphone the moment it happens. The key is to broadcast right-now-without-thought-or-hesitation. It is a job for the fearless. Vonnegut was anything but fearless. He considered what he wrote. He anguished and suffered and became bewildered and discouraged, then returned to the page and struggled to find a greater truth and express his anguish over what man was capable of, and how he has expressed that capability.

Vonnegut had a lot to say about man. It was often said that he criticized religion and science, but that’s not quite right. He wrote about man’s reaction to these things, and his inability to control them or to use them deliberately with consideration or moderation. It’s a subtle but significant distinction. Vonnegut did not denigrate religion. He denigrated man’s indiscriminate adherence to any system or philosophy and pointed out how the beauty and power of spirituality and higher thought were diminished by blind faith. He knew that our best philosophies stand up to, and are strengthened by, constant examination and challenge.

Ironically, the social response to Vonnegut’s work in so many ways demonstrated the very ignorance and hysteria that Vonnegut sought to expose. His books have been burned by schools to protect young minds, prohibited by congregations, and discarded by new readers not prepared for his disarming style and blatant honesty. Yet his books are among the most moral, empowering works written. He saw a potential in man for things greater than we have achieved, and watched our blunders as a loving parent does a wayward child. His disappointment was great, but miraculously never turned to disillusionment.

It is fear of disillusionment that prevents us, I think, from wanting to examine too closely our failures as humans and as societies. Vonnegut, then, showed how optimism can be nurtured in even the bleakest place. He also showed that we cannot progress until we honestly and thoroughly examine where we have gone wrong. It is a lesson few are teaching in this era of spin and late-night satire that serves more to glorify than to expose hypocrisy and treachery.

As I continue my own struggle to complete a senior English thesis on Vonnegut’s work, I’m saddened that he won’t be here to express what I’ve always felt, and speak as I’ve always wanted to speak. He has been my inspiration for a novel I hope to someday write, though my work will be in no way thematically similar to anything Mr. Vonnegut has done. It’s his fearlessness and honesty that I admire, and his unfailing willingness to continue to confront what is painful.

What I loved most was his neo-Jungian concept of the connectedness of man, which was never better expressed than through Cat’s Cradle’s holy man Bokonon and his notion of the granfalloon:

. . . a seeming team that was meaningless in terms of the ways God gets things done [such as] the Communist party, the Daughters of the American Revolution, the General Electric Company, the International Order of Odd Fellows?and any nation, anytime, anywhere.

If you wish to study a granfalloon
Just remove the skin of a toy balloon.
Bokonon

What could better exemplify this philosophy than Athabasca University, a community of learners, living everywhere, doing everything, of every faith, connected in learning, yet working in isolation, challenging the notion of artificial boundaries and the oneness of everything. And yes, another granfalloon.

Vonnegut’s work speaks to you or it doesn’t. I’m glad it spoke to me. 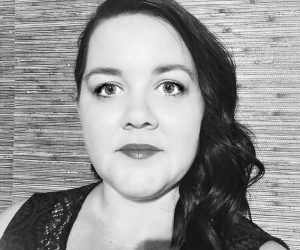