At Home: Ottawa Seeks Ethical Code To Keep Councillors Faithful To The Post

The Ottawa watchdog organization Eye on Ottawa is actively seeking to implement a code of ethics onto municipal government. Luc Lapointe, interim chairman, wants elected municipal councillors to commit themselves to delivering campaign promises instead of using the elections as leverage to further their political careers into federal office.

Michel Bellemare and Diane Deans, both elected into Ottawa office in last year’s election, are pursuing federal Liberal seats in the next election (Deans has yet to officially announce this decision), and as a consequence their constituents will be left to another round at the ballot box. While it’s understandable that Eye on Ottawa wants its councillors to stick around for the full four-year term, opponents say that it’s very unlikely that any such legally binding act can be adopted in government. “People can step down for a number of reasons, and I think it would be very difficult to have a binding kind of legislation or municipal ruling that prevented people from leaving office in the middle of their term,” says Caroline Andrew of the University of Ottawa (1).

Regardless of this criticism, Lapointe and his group of defeated municipal candidates in Ottawa want to push for the legislation simply to let municipal councillors know the effect their departure has on local communities. As Lapointe says, “For that [councillor] to actually come out six months or a year or two into their term and say, ‘Listen, I’ve changed my mind. I don’t think I’m going to deliver on that commitment I said I would give to you,? there’s a little bit of a lack of ethics” (1). Caroline Andrew maintains that while Eye on Ottawa has the right idea, it’s really a case of municipal politicians perceiving local office as a stepping stone to better things.

Internationally: U.K. Woman Loses Fight For The Right To Use Fertilized Embryos From Her Ex

A British woman has lost her final court appeal for the right to use frozen fertilized embryos created with her ex-partner. Natallie Evans and her ex, Howard Johnston, froze six embryos following Evans’s diagnosis with ovarian cancer. She had hoped to use the embryos as a contingency plan when she was treated for the cancer and unable to conceive; unfortunately, in 2002 the pair split up and Johnston asked that the embryos not be used.

According to U.K. law, frozen embryos can only be used if both partners give their consent; because of this, Evans’s case failed in the courts and she was told that she could not take it to the House of Lords. Distraught at losing her last chance to have a baby, Evans decided to take her case to the European Court of Human Rights. That court ruled against her, and she also lost her final appeal to the Grand Chamber of the European Court.

Johnston maintains that his joint agreement to freeze the embryos was purely so that he would be able to ?choose when, if and with whom [he] would have a child? (1).

While Dr Allan Pacey, secretary of the British Fertility Society, said that his society feels ?dreadfully for Natallie? (1), he added that “it was the only sensible decision which the Grand Chamber could come to? (1).

The court ruled that the embryos themselves held no right to life and as such were at the mercy of dual consent when it came to implantation.

Dr Tony Calland, chairman of the British Medical Association’s medical ethics committee, agreed with the decision. “Having a child,? he said, ?is a life-long undertaking to which both partners should be fully committed” (1). 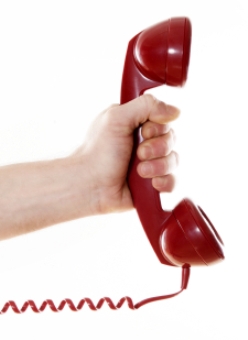