At Home: Toronto Residents Want To Get Rid Of Hot Dogs

Toronto’s local legislation states that no street vendor can sell any meat products except for sausages and hot dogs, under the assumption that as pre-cooked meats these are less likely to cause food poisoning. Food Network Canada chef Guy Rubino and his partner and brother Michael Rubino (both of the program Made to Order) expressed their disgust for this policy on the CBC News website, citing exotic street foods from Europe and Asia as the basis for such a strong dislike of hot dogs:

“It’s a joke. I’d rather see absolutely no street food at all, period . . . The crap that’s being served right now, you think that’s bread they’re serving? That’s not real bread” (1).

To better reflect the cultural diversity of Toronto, Multistory Complex is working with Alphabet City and Ryerson University to launch a redesign of the vending carts currently used. The group hopes that the competition will spur a lot of creative Toronto dwellers to not only come up with an interesting new cart but some fun ethnic foods to match. They want healthy food made available on the streets to combat the negative connotations of the humble hot dog: “The Street Food Vending Project aims to introduce tasty, affordable, healthy, culturally diverse and locally sourced food to Toronto’s streets” (2).

So far the idea is very popular with residents, who agree their street food is generally shameful when compared with other international cities. John Filion, Toronto’s board of health chairman, has said that while he agrees the available hot dogs need to be kept to a bare minimum in favour of better foods, the legislation calling for the sale of only pre-cooked meats is not likely to be changed. He told CBC News that change would be “fabulous for showcasing our ethnic diversity. It’s fabulous for our nutrition to get away from hotdogs. I can’t imagine anything worse for your health”(1).

The Japanese are known for their technological gadgets, but remote-controlled curtains, virtual pets, and highly advanced karaoke machines have got nothing on the modern Japanese toilet.

Toto, a large toilet manufacturing company based in several parts of Asia as well as North America and Europe, says they “focus on creating products with consistent, exceptional performance and design” (1). The company is known for turning out top-range toilets and bidets with some crazy companion technology.

According to Engadget, Toto is responsible for the toilet-plus-urine-analyzer, the Sound Princess (which uses a motion detector in toilet stalls to start the sound of running water to ease your anxieties), a stain-resistant ceramic glaze, and the SD card that lets you play your own music while passing the time away happily on the can (2).

Good stuff. Unfortunately, now Toto needs to repair 180,000 of its special combination toilet-bidet units for a common issue: the tendency to catch on fire. Not the usual problems one might expect from a toilet system, eh?

Metro.co.uk says that the units in question feature “a pulsating massage spray, a power dryer, a ?tornado wash’ flush, and a lid that opens and closes automatically” (3). Three of the toilets caught fire prior to the recall and a company spokesperson said that there have been no injuries as no one appears to have been using the toilets at the times of the fires.

This is fortunate, because the electrical fault that caused the flames meant that the scalding would have happened right on an exposed butt–what a way to get burned!

The Fit Student—Don’t Kill Your Dog!

International News Desk – At Home: Take to the Streets – Around the World: Kidnapper for Hire 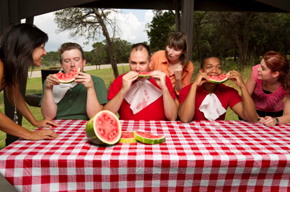