Features
The Voice
Editorial – And They’re Off

In our speed-obsessed society, there’s no end of gadgets to help people hurry things up.

It started (in the memories of most garden variety Homo sapiens sapiens) with the vacuum cleaner, the dishwasher, and the electric can opener.

Inventors moved ahead at warp speed, and now we can send images of things that are going on halfway around the world in, quite literally, the blink of an eye. (For those using dial-up Internet, you may have to blink several times. Or go make a cup of tea.)

But 56k modems and jammed fax machines notwithstanding, humans are enchanted by the idea that we can make tools and gizmos that speed up our lives. We love them–can’t get enough of them, in fact.

And now it appears that our handy little helpers have another bonus: the machines are speeding us up.

Richard Wiseman, a professor of psychology at the University of Hertfordshire, repeated the original study (http://www.richardwiseman.com/quirkology/latest2.html)–and found that people all over the world are walking faster. On average, 10% faster.

The researchers discovered that the most dramatic acceleration is ?in Asian ?tiger? countries such as China and Singapore? (1), places that have seen especially significant economic and social change. There, people are hurrying along as much as 20 to 30% faster than they were about ten years ago. Of the 32 cities studied, the fastest walkers anywhere were found in Singapore.

In Britain, the quickest walkers were in London (they came in 12th overall), but they lagged behind their speedy neighbours in Dublin. The slowest pedestrians in the group were in the city of Blantyre, Malawi. They covered the distance in a positively sedate 31.60 seconds, compared to the mere 10.55 seconds it took in Singapore.

Time may be money, but there’s a downside to all this rushing around. Robert Levine has also shown that the pace of life is linked to other signs of behaviour and to our health. People in fast-paced societies are ?less likely to help others, and also tend to have higher rates of coronary heart disease? (1).

So why the change of pace? According to psychologists, the immediate gratification provided by gadgets like the Internet and cell phones–push a button, hurry up, don’t wait–has made us all more and more impatient. Without even realizing it, humans have adjusted their actions to fit the pace of machines.

It makes sense; when we’re not used to waiting more than two or three seconds for what we want–whether It’s a web page to load or an email to open–taking 30 seconds longer to get somewhere feels like an eternity in comparison.

Will being more aware of this role reversal slow people down? Make them stop, take a breath, and realize that machines are supposed to make life less stressful, not more? Of course not.

And I’d take the time to explain it, but my cellphone’s ringing and I’ve got to fly.

From Where I Sit – Another Speed Bump 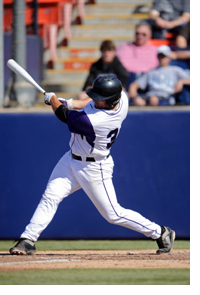 Editorial – A Million Times Over