Columns
The Voice
Music To Eat Lunch To – A Little More Anti-Flag, Anyone?

Following their massive Canadian tour with Rise Against, Billy Talent, and Moneen early this year, Anti-Flag embarked on another long trek across America as headliners of the War Sucks, Let’s Party tour. A twist on this tour, which has finally come to an end this week, was the introduction of a Question of the Day at each concert stop. If You’re a MySpace friend to the band, you already know the drill: fans could send in their questions to the band and one submitter would be selected from each city on the itinerary to meet the band and ask their question personally. All the questions were filmed and subsequently posted on YouTube with direct links from the MySpace website.

So have you been missing out? Sure, some questions were pretty inane (how do I get to pet-sit Chris Head’s dog?) but most were pointed and political, as you’d expect from Anti-Flag fans. Apart from getting the chance to hear the four AF members explain their political beliefs (again–because honestly, what else do they do in their albums and shows?), I’ve found that the Question of the Day videos gave me the chance to really see how the band members interact with each other and their fans. I’m not lucky enough to be an AF stalker; I’ve got the time but not the resources and so I was previously unaware that Justin is obsessed with cookies and ice cream, or that Chris Head would rather keep quiet on camera but doesn’t mind winning three rounds of thumb war while being filmed. Should I have access to this information? Why the hell not, if they’re willing to share?

If, like me, You’re massively bummed out that Anti-Flag aren’t on the Warped tour lineup this year (AND that You’re gonna have to go to Edmonton to catch the damn thing), then I’m offering you a bit of respite: http://www.myspace.com/antiflag. Join the online groupies! See their pics, hear a couple of favourite tracks, post a comment or two, and read the band blogs. Chris #2 keeps us updated pretty frequently considering their schedule, and I believe there are still more questions to be uploaded for our viewing pleasure. So don’t get down; let the guys take a bit of a break (I know It’s hard, believe me, but we still get to see Pennywise and Bad Religion this year) and let MySpace soothe you until they’re ready to tour again.

The good news? #2 says they’re about to put together a new album, and I’d like to think we can pretty much bet they’ll want to share a bit of it by next year’s Warped. we’ll miss ?em though! 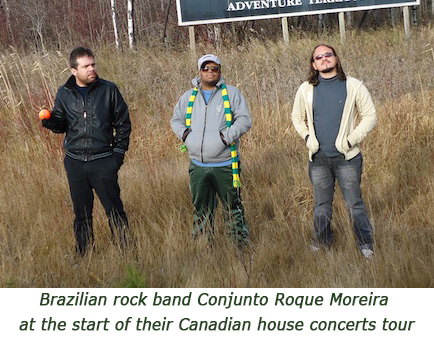