Columns
The Voice
Music To Eat Lunch To – Blackie and the Rodeo Kings: Let’s Frolic Again 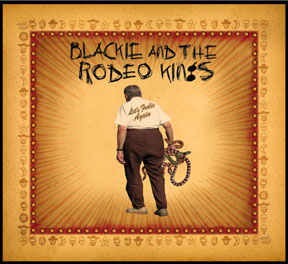 Blackie and the Rodeo Kings is a three-piece outfit that plays–get ready for this–folk and country music. This record is the second in a double set that was originally planned as one album, entitled Let’s Frolic. With 29 songs set to record on that first record, though, they split the difference and shortly afterward released Let’s Frolic Again. While It’s always nice to know that a band is enthusiastic enough to come up with too many songs to fit them all on one record, I don’t really see what the charm was in one, let alone two, of these.

Granted, I am certainly not a connoisseur of country or of modern folk music, but I like to hear something every now and again that throws me off the usual run of the CD player. And to be fair, I still sing along with a fair share of country songs when I go back to my hometown bar–I don’t dislike country, per se, at least not in terms of musical ingenuity and entertainment value. That said, I am not a fan of this album.

Blackie and the Rodeo Kings have established a very pure country base to their music, and on top of that added differing degrees of joviality and Irish pub atmosphere. I can tell they are fun musicians; that they are out for a good time playing together and that aside from this they also know what they’re doing on their instruments. The thing is, although this attitude might come through for them if they played in an actual bar or an otherwise small, intimate setting, the mood just isn’t captured on a purely audio medium. This is something I can imagine in a smoky old bar (somewhere very rural where You’re still allowed to smoke inside) with middle-aged cowboys stomping around in their boots, drinking whiskey and two-stepping. The record wouldn’t come anywhere near my own collection, however.

What’s the problem, you might ask? In terms of talent, I’ve got to say that the vocals are rather shaky at times and the songwriting does nothing to make a listener sit back in awe. It’s not a new sound, It’s not particularly polished, and I’m guessing that the only place this music feels at home is in the background of a very redneck conversation. Let’s just say that I wouldn’t throw them off the stage, but I wouldn’t put them on the stereo either. 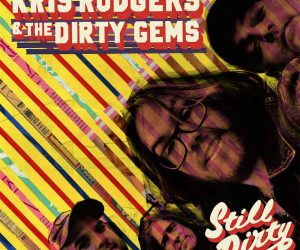