Often, too often, we build, we use, then we exit and forget. Sometimes this goes beyond merely leaving a place, and extends to the point where everyone has left and everyone has forgotten. Following are links that will take you to some very interesting examples of abandoned and unused places, and urban decay.

Photographic explorations of the ruined historic architecture of Russia and elsewhere; estates, palaces, their histories and fates.

Some interesting, and a little disturbing, examples of abandoned places. This site is not in English.

“This site documents the urban decay of Industrial sites, Hospitals, Asylums,” and so much more.

It is not just what’s on the ground that we abandon, it is also what is underneath.

This site also documents the abandoned tube stations of London.

“Urban Exploration is about visiting and experiencing these often forgotten places and photographing and documenting them before they disappear forever. We visit everything from vast disused lunatic asylums, abandoned military establishments to industrial sites to underground bunkers from Victorian times to World War Two and even the Cold War.”

It is not just single buildings or train stations that go by the wayside, but entire towns as well?and this is by no means a complete list of the abandoned towns of North America.

This site, too, shares with us some of the abandoned towns of the United States.

As you can see, modern ruins are a universal condition.

And, finally, ghost towns that could be right outside our Canadian front doors.

Lost & Found – What We Choose To Believe 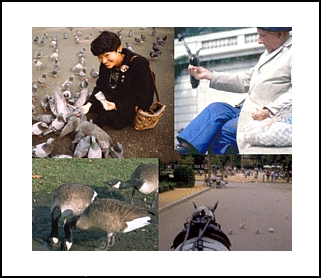 Nature Notes – From The Backyard To The Biosphere. Critters In The City: Urban Wildlife And Their Human Friends