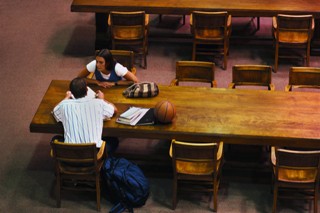 Feel like your studies have got you in a rut? Staring at your textbooks and thinking that graduation is an unattainable goal, or so far in the future it may as well be?

If It’s tempting to push the books aside and go soak up some rays (or lie on the couch and channel surf), here’s a little inspiration from someone who gives perseverance a whole new meaning.

For the past 39 years, Shivcharan Jatav has sat down to take his 10th grade high school exams. This year, like every year before, he failed the test.

But that doesn’t mean the 73-year-old farmer from western India is going to stop trying. He’s vowed to take the test again next year, and is determined to get the education that he is certain will improve his prospects for a job and marriage.

Jatav was given no formal education as a child, but he has been trying to pass the exam since 1969. At the time, he was hoping it would help him get into the military. Now, although he’s too old for military service, he’s still optimistic that getting his high school diploma will make him a more eligible bachelor.

As CBC News reports, the families of potential brides have turned him down in the past because of his lack of education.

“I could not get married as the girls told my family members that I was not properly educated. It’s my fate that deprived me of education and a married life,” Jatav said (1).

Still, he maintains that he is “a happy and contended person,” (1) and that he’ll be back to try the exam again next year.

Whether he passes or not, he certainly provides a wonderful lesson in the meaning of perseverance, dedication, and the eternal optimism it can sometimes take to get the job done.