Articles
The Voice
We Are Dying 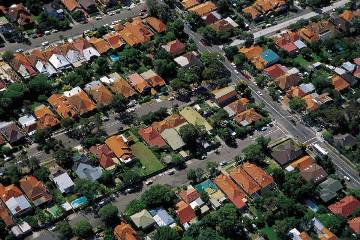 It’s an interesting paradox in our world that while communities die in a literal sense in war-torn countries as well as third-, fourth-, and fifth-world countries, those of us in first-world countries are suffering a death that is much more subtle and in some ways catastrophic–we die a metaphorical death. While the peoples of underprivileged countries struggle to meet their daily basic needs, they form a strong sense of community out of necessity for survival. We, who have an abundance of resources, have developed an attitude of independence that destroys communities. We so often refuse to be a part of where we live that millions suffer needlessly.

Examples? I’ll give them to you.

On a softer level, many of us don’t interact with our neighbours. They are not people we know particularly well, or care to know particularly well. Why should we? The media bombards us with horrific stories about the neighbour who kidnapped or raped a child, and that child could have been yours. I have so many neighbours who are terrified to interact with those around them–they arrive from work and go straight home without the slightest amount of eye contact. The damage? Paranoia, a lack of warmth and support, all affect our children. They learn to be distrustful and to not care for others. And if they are hurt, there are few adults they can trust. Is it because these adults are not trustworthy? I think not. Our children are just scared.

Recently in my neighbourhood a child was struck by a speeding car on her way home. I ran after the car when it didn’t stop; immediately after stopping, the driver began making excuses and claimed (quite falsely) that she had not in fact been speeding. She cared so much more about a speeding ticket than the state of the child. Thankfully, this child did not sustain any serious injuries other than a cut to the head, although her family had to delay a vacation since they could not fly. What shocked me the most was that the family was amazed by my help; for one, I did not do much, and for another, how could I not have done what I did? This family has lived all around the world, and they said that in North America people have the highest tendency to keep to themselves, even when someone is in trouble.

Consequences can be dire in such an individualistic society–no one watches your back. You can’t depend on anyone but yourself. In such an environment, the entire fabric of a strong society, starting with families, deteriorates.
Most families with children cannot sustain their lifestyles without two (or more!) incomes. As a result, parents spend less time with their children, and teachers are essentially the most consistent form of adult support children receive. However, teachers are overworked, underpaid, and often become another distant role model. The inter-adult support has become frail, and without communities, children have little resort other than to raise themselves. Sadly, televisions, computers, and video games offer a cheap substitute for real-life experiences.

Fortunately, many cities offer a variety of programs sustained by volunteers to fill in some of the gaps. Many public libraries offer a wide range of services through which we can nourish compassion and human help. As a long-time volunteer, I find an enormous amount of satisfaction in contributing to my community not because of what is returned to me directly (sincere gratitude for my services) but because I know that others will be doing all they can to make our city a better place, in their own way.

Unfortunately, an inherent component to individualism is that if you do something for someone, the payment must be direct and proportionate for the effort to be considered worthwhile. Therefore, many people don’t volunteer. One of the tragedies in my community is that volunteers are scarce and many of the wonderful programs are in danger of being shut down.

And so our community unravels, and we feel lonelier, emptier, and less satisfied with our lives. Big cities lead to crime not because of an increase of people, but because of a decrease of heart–the leading cause being fear.

I am not a social scientist. I am a mother, a wife, a friend, and a member of my community who watches, with sad eyes, what is going on in the world today. Our world.

Fly on the Wall—Finding the Canadian That We Are

From Where I Sit – Why Should We Remember?

World Health Day – It’s Up To Us To Keep Our Children Safe.