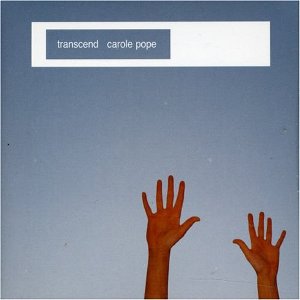 You might remember Carole Pope as the gutsy lyricist from Rough Trade, a band that captivated Canadians in the 1980s. She’s fiercely feminist, an outspoken lesbian, and with this expedition into solo territory her music has taken on an even stronger vibe reflective of her personality. The album is folksy and new-wave oriented and was likely an important step for Pope in coming to full terms with her own sense of expression.

Where Rough Trade sounds clearly like an 80’s phenomenon, Carole Pope unleashed in the new millennium sounds like . . . another 80’s star. I don’t think I’ve ever heard ten tracks that are so relatively new and yet sound like the culmination of nearly three decades ago. I couldn’t help but imagine Pope dressed in a tight white suit with frizzy, coloured hair, dancing a step-touch step-touch move while belting out the boisterous lyrics right from the depths of her gut.

This woman has no qualms about being herself, and there are frequent and obvious references to sex and feminine ideology–all to a pumped 80’s beat. Although this album has pulled away from the established sound of Rough Trade, there are a great many similarities and clearly this is due to the musical style of Carole Pope; Transcend is something like a Rough Trade album with more focus on the singer than usual. This might seem an odd comment, seeing as Rough Trade relied heavily on Pope to bring the ambience to their records; however, once you have heard the solo effort you will understand that, stripped down, the singer has more folk tendencies than you might have imagined previously.

Despite my startling approval of the Rough Trade record Weapons Remastered, which for the sake of a fun-loving 80’s atmosphere I fully understand, I am not so impressed by this effort from the long-time music maker. Why is her sound so stuck in a decade long gone? I realise that her stardom from that period will have a great influence on her music today. However, I would imagine that it also would have grown to encompass new sounds and articulations as she aged. Certainly, as already noted, Pope has not simply recreated music that her old band might have done; however, I feel like Transcend is more of a muted Rough Trade than a new, fresh effort by Pope. Three stars out of ten.

International Newsdesk – The Pope Visits Turkey Amidst Fear of Violence 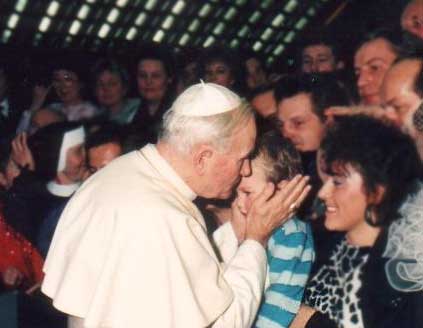 My Brother, My Father, My Pope