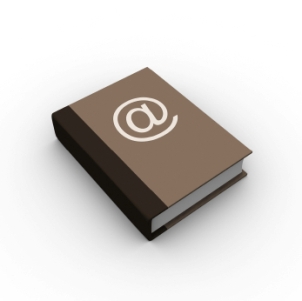 Scholarly publishing has gone digital with the advent of AU Press, an imprint of Athabasca University that is dedicated to ?the dissemination of knowledge and research through open access digital journals and monographs, as well through new electronic media.?

AU Press is the first scholarly imprint to be created by a Canadian university in this century, and the publications offered will have a geographical focus on Canada, the North American West, as well as the Circumpolar North.

The press will publish both fiction and non-fiction works, and the focus will be on scholarship ?of the highest quality,? a standard that will be determined by peer review.

The work of emerging writers and researchers, as well as those established in scholarly publishing, will be showcased in various forms of digital publication, including books and journals, and such neglected forms of communication as diaries, memoirs, and oral history.

Forthcoming titles include The Importance of Being Monogamous: Prohibiting and Policing Polygamy and Other Alternative Marriages in Western Canada to 1915 by Sarah Carter, and Imagining Head-Smashed-In: Aboriginal Buffalo Hunting on the Northern Plains by Jack W. Brink.

Following its mandate to make ?publications accessible to a broad readership through open access technologies,? AU Press will also lend its imprint to websites that publish scholarly material, especially those with a focus on the field of distance education.

Most students find it hard to get back into the swing of academic life after the carefree days of summer. But at Hong Kong Baptist University, at least one student is already finding his courses too easy–and he’s only nine years old.

March Boedihardjo is a young math prodigy from Hong Kong. His family moved to Britain two years ago after his 14-year-old brother was accepted at Oxford University. Since then, March has been studying at a private college in the town of Oxford, and has achieved two A’s and one B in his A-levels (exams usually taken by 18-year-olds).

After applying to four universities, the youngster accepted a place at Hong Kong Baptist University, whose specially designed five-year program will lead to both an undergraduate and a Master’s degree for March.

March is excited about starting school, but is already finding his classes too easy. As he told reporters on the first day of classes, he had already learned much of the material ?a year or two years ago? (1).

He also seemed disappointed that his fellow university students weren’t more like his old school friends, who ?wanted to play? (1).