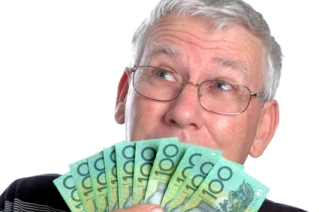 While the West may be booming, provinces like Newfoundland and Labrador aren’t usually thought of as rolling in dough–but it seems that some politicians haven’t heard.

John Noseworthy, the provincial auditor general, uncovered as much as $2.2 million in lavish spending claimed on expense allowances, including claims for luxury goods, alcohol, artwork, and seasons? passes to hockey games.

The report examined the claims of 115 politicians between 1989 and 2005. Nearly all the politicians had used portions of their allowances to donate to school, sport, and community groups, and although ?most members did not abuse the system,? (1) the ones who did were living in high style.

Three of the lavish politicians had each claimed season’s tickets to the St. John’s Maple Leafs hockey team. One of them, former PC finance minister Loyola Sullivan, had purchased the passes for five years in a row.

Yet another, former Liberal finance and justice minister Paul Dicks, claimed expenses for items including a Cartier pen, jewellery, and books. Perhaps the most questionable amount, though, was spent on alcohol: a total of $34,145. He also claimed over $59,000 in artwork.

Other unwarranted expenses by various politicians include things like $13,255 in airfare for family members; a $288 clock radio; cookware; CDs; a hotel room in England; and tools.

An earlier report, in 2006, that also investigated questionable payments on constituency allowances has resulted in fraud-related charges against several politicians, included a civil servant (now suspended) who had directed the legislature’s finances.

This most recent report comes at a key time, only days ahead of the official launch of an election campaign, expected September 17.

It’s hard to know for certain what the fallout from this latest audit will be, but politicians–and constituents–are sure to be reading it closely, especially since last year’s report on spending practices led to criminal charges.

Officials in Peru have closed that country’s 240 blood banks, a decision that follows at least four HIV infections caused by blood transfusions in a public hospital.

Peru’s health minister, Carlos Vallejos, told reporters Thursday that a commission will be appointed to inspect the blood banks, and that officials from the World Health Organization will be involved.

At a news conference, Vallejos confirmed that ?This situation cannot continue. All of Peru’s blood banks are being reviewed? (1).

The four individuals infected include Judith Rivera, a 44-year-old mother of four. She received the HIV-tainted blood at a state hospital in Callao during an operation on a tumour.

Three other cases, all originating at the same hospital, have been confirmed, including that of an 11-month-old infant. Another case, this one involving a 17-year-old boy, has been reported to the media, but the case has not been confirmed yet by the ministry.

The situation has been called ?worrying? by one advisor who works at the Washington-based Pan American Health Organization.

The advisor said that, along with countries such as Mexico, Bolivia, and Columbia, Peru is on the organization’s list of countries that do not perform ?preliminary disease screening?1 on all the blood collected in its banks.

According to estimates by the United Nations, approximately 93,000 of Peru’s 27 million inhabitants are infected with HIV. 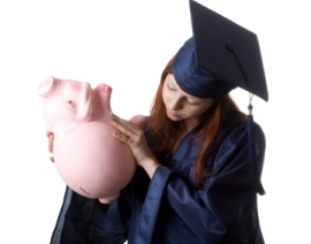 Education News – Proposed university would be most expensive in Canada